Mind-mining with start-ups: How an Rs 10 drink revolutionised beverages in rural India

The company doesn't sell directly to bars. It markets via distributors. A well thought out distributor strategy has now made the company stand out in many parts of the southern market. 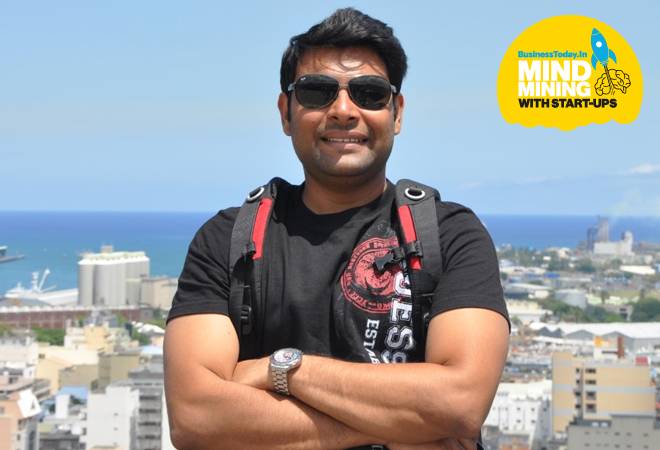 In the southern Indian city of Coimbatore, his family runs foundries. However, Prabhu Gandhikumar didn't find the legacy business challenging enough - he was bored of signing cheques. So around 2015, he decided to be in food processing. Fruit juices seemed an interesting market. So Gandhikumar started TABP Snacks and Beverages.

Not that there weren't enough companies selling fruit juices. He discovered a niche, a segment where multinationals aren't busy yet.

"There was a gap in the market - the Rs 10 MRP product for 200 ml. That was a magic figure," Gandhikumar tells me on phone. "MNC products were more expensive and their reach in rural was minimal. That is how we decided to get into the beverage industry. We started groundwork for the plant in 2015 and in March 2016 we got the first batch of products out," he adds.

TABP, thereafter, started marketing fruit juices at the bottom of the pyramid segment. One target segment is labourers who earn Rs 300 a day. Under the brand Plunge, the company rolled out mango, apple, and guava juices. It also started a carbonated drinks line of products. There is green lemon, white lemon, orange, cola, jeera. "Lot of our green lemon goes for mixing with liquor - it is a big segment for us," Gandhikumar says.

The company doesn't sell directly to bars. It markets via distributors. A well thought out distributor strategy has now made the company stand out in many parts of the southern market. "Those distributors who joined us in 2016 haven't left us. That is our big strength. We have also been able to give good quality and maintain it. We keep getting repeat orders," the founder tells me.

Distributors also encouraged TABP to launch multiple product segments, and with good reason. After mango and apple juices, the distributors wanted a carbonated range of products. Next, they urged the company to start producing snacks. "The peak season for juice (in south India) is March-April-May. The lowest sales are in October-November-December. Starting a snacks range would even out the seasonality. It would even out costs such as the salaries of the salespeople," Gandhikumar explains.

This year, in April, his company introduced snacks such as rings, balls, choco-fills, choco-flakes, vanilla flakes under the brand Snacks 91 - the number signifies the Indian dialing code.

Today, his products are available in most of the rural markets of Tamil Nadu and the urban poor regions of cities such as in Chennai. TABP is also present in parts of Odisha, Andhra Pradesh, Karnataka, and Kerela. The company generated revenues of Rs 3.8 crore in 2018/19 on the back of beverages and is targeting about Rs 15 crore this year. They employ 150 people directly.

In 2018, Gandhikumar raised a 'friends and family' round of Rs 2.52 crore. His manufacturing is outsourced thus far with an overall capacity of 800 bottles per minute spread over four-five bottling locations. His research and development, nevertheless, is tightly controlled in-house. The preferences of those who live in rural India could be a tad different compared to city folks and such nuances are best captured by direct employees. "Compared to what is preferred in big cities, there are niches in the rural markets. Stuff like more sugar or less, more or less gas. The rural south prefers more sugar, sweeter drinks," the founder explains.

The brief conversation ended with me asking what his strategy would be, going ahead.  "We are going deeper into Tamil Nadu. We are open to expanding in many other regions of south India," he tells me.