Till about February, hoteliers were expecting recovery to continue in FY22, but the second wave has turned out to be a dampener. Most large hotel chains are expected to close FY21 with net losses 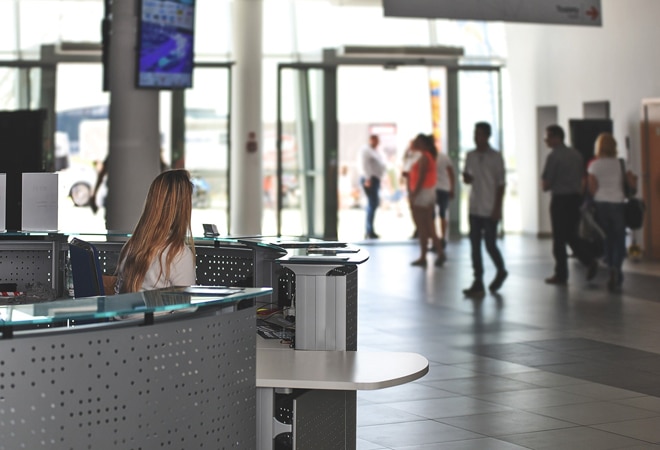 The second wave of Coivd-19 across parts of India is taking a toll on the hospitality sector. The sector was already suffering from the impact of the first wave; with the resurgence of pandemic, things are likely to get worse. City hotels in markets like Mumbai, Pune, Bengaluru are expected to take the biggest hit.

"A lot of business locations have been affected. Corporates, especially the IT sector, had decided to work from home. They were considering coming back to office from June onwards. Now those decisions are being delayed longer. Branded city hotels were running at 30-50 per cent occupancies which have suddenly dipped," says Manav Thadani, co-founder of hospitality consultancy Hotelivate.

Till about February, hoteliers were expecting recovery to continue in FY22, but the second wave has turned out to be a dampener. Most large hotel chains are expected to close FY21 with net losses. That's because despite taking severe cost-cutting measures over the past year, the hotel industry suffers from weak demand.

"A majority of costs of the hotel industry is fixed (70 per cent of total costs), with power, lighting and employee costs having major share. With a drop in room rates, hotel players have re-aligned their cost base to tackle this exceptionally challenging environment," said a January report from ICICI Securities.

"The government has not given anything. Those who had cash reserves till last year don't have it anymore. The impact will be long lasting," says a hotel consultant.

Since September, the industry was witnessing month-on-month growth in occupancies. In December quarter, for instance, occupancies surpassed 40 per cent, the highest since March 2020. This revival, for a major part, was driven by leisure travel.

Experts say that the leisure segment will continue to do well, and that's why some hotel owners remain gung-ho. Vibhas Prasad, director at Leisure Hotels Group, which operates 24 leisure and three business hotels, says that the next two months look good. "We are predominantly a leisure hotel chain. From October onwards, we are seeing 15 per cent improvement in occupancies. The occupancies in business hotels are still down, but on an annualised basis, we expect the topline erosion of 35-40 per cent in FY21 as against 70-80 per cent for some other hotel chains," he says.

The leisure segment growth is fuelled by the change in travel habits. For instance, people are now taking frequent holidays by driving 4-7 hours. Also, working from home has resulted in more disposable income in the hands of young professionals who are taking short trips within the drivable distances.

Despite the leisure segment boost, the industry will perform badly in FY21 and perhaps FY22. That's because the inventory of organised hotel industry is heavily skewed towards business hotels. For example, leisure inventory would be 10-15 per cent of the entire inventory in the branded space. "If leisure has done well in one particular year, it would still not be enough to compensate for the loss of the entire industry. It may have helped a few hotel owners, but not the industry as a whole," says Thadani.

Also, the branded space is unlikely to see decent recovery until the international flights are re-opened as these hotel chains rely hugely on FTA (foreign tourist arrivals) for their premium room inventory.