Dhawan controlled the extortion calls that her boss was besieged by and allegedly tried hard to get him to pay up in order to protect the stolen personal data. 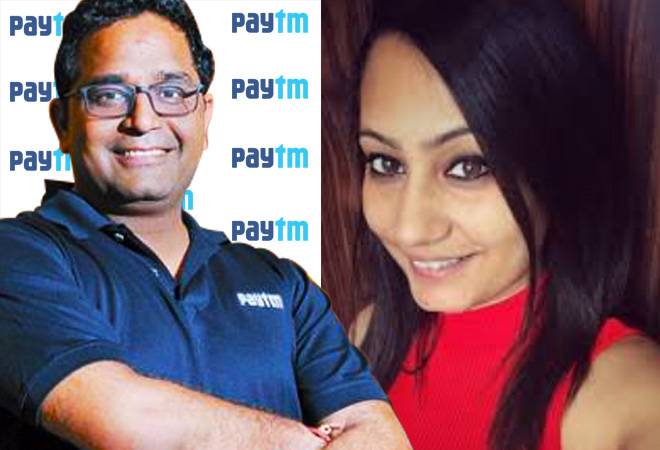 As Paytm founder Vijay Shekhar Sharma's personal data theft and blackmail drama unravels, police investigations reveal that Sonia Dhawan, his long-time confidante and personal secretary, played the perfect insider. In fact, it was her constant advice to "just pay up" that raised Sharma's suspicions, the chief of Noida Police told The Economic Times. On Monday, the Noida police arrested Dhawan, her husband Rupak Jain and another company employee, Devendra Kumar, for allegedly stealing personal information and confidential data and attempting to extort Rs 30 crore from Sharma by threatening to leak it. They were remanded to 14-day judicial custody by the magistrate court in Gautam Buddh Nagar yesterday. Their fourth associate, Rohit Chomal, who made the extortion calls, is absconding.

According to officials investigating the high-profile case, Dhawan controlled the extortion calls that her boss was besieged by and allegedly tried hard to get him to pay up in order to protect the stolen personal data. "She was in contact with both the parties. She knew these calls were coming. The complainant [Sharma] has told us she convinced him "ki abhi pay kar dijiye aap, kya pata kaisa data ho [pay up for now, god knows what kind of data may be there]," Ajay Pal Sharma, Noida's Senior Superintendent of Police (SSP), told the daily. Her single advice is what triggered doubts in Sharma's mind and "prompted him to alert us on a few names that he suspected since this was personal data", he added.

In an official statement, the Noida Police said the 32-year-old Dhawan had accessed "personal data and secret information of Paytm". This was information she had access to as Sharma's private secretary. Sharma, in fact, pointed out that Dhawan was managing Sharma's ATM, email and all personal passwords.

Kumar, the co-accused, told the daily that Dhawan had stolen some data and asked him to store it in his phone so that they could together blackmail Sharma. "Devendra Kumar saved it [the stolen data] in a hard disc and transferred it to his friend Rohit Chomal in Kolkata who then started calling Sharma on WhatsApp asking for money," the police statement read. The first extortion call came on September 20 with a demand for Rs 30 crore but Chomal later scaled the amount down to Rs 10 crore.

Sources claimed that on October 10, Sharma first transferred Rs 67 to the furnished bank account to verify things and then transferred an additional Rs 2 lakh five days later, while simultaneously alerting the police. Both Paytm and the Noida Police cyber cell worked together to track down the sender of the WhatsApp calls and chats over last week, which were being routed from abroad.

Once identified as the caller, Chomal revealed that he was promised a cut of 20 per cent in the extortion amount and furnished names of Dhawan, Jain and Kumar, who were subsequently arrested. The police claim to have recovered a hard disc with "Paytm personal information and secret data", a pen drive which has "calls/chat records of extortion", printouts of the WhatsApp chats and four mobile phones. "We will extract the data from the recoveries we have made and get it analysed from our cyber team to know exactly what it is," said the SSP.

So why did a woman, who climbed the ranks from a secretary to VP of communications at Paytm, commit the crime? "We are told she had joined the company around 2010 at Rs 7 lakh annual package," said Sharma, adding that Paytm executives told him that Dhawan currently earned an annual salary of Rs 70 lakh and owned equity worth Rs 10 crore in the company.

According to filings with Registrar of Companies, Dhawan owned 1,400 vested shares in Paytm-owner One 97 Communications as on March 2017, which at the latest share price of Rs 12,797 would have been worth Rs 1.79 crore. But she is not listed in the company's latest filing of shareholders, suggesting she may have sold her vested shares. Her total equity of Rs 10 crore mentioned above would include shares, which would accrue over the coming years.

But the police statement highlighted her husband's financial condition. "He was unemployed for a while now as his [real estate] business had gone bust," the statement said.

According to the SSP, Paytm bosses said that Dhawan had lately discussed that she wanted to buy a new house. The couple had a flat in Noida's Sector 120 but they reportedly wanted to buy a new, bigger house. Meanwhile, Paytm released an official statement on the developments on Tuesday saying that "all our consumer data is protected with the highest and most impenetrable levels of security".