Reliance Communications in a statement said that it is confident of raising the remaining about Rs 200 crore for payment to Ericsson, in order to ensure that the entire amount gets paid well within the four weeks timeline set by the apex court. 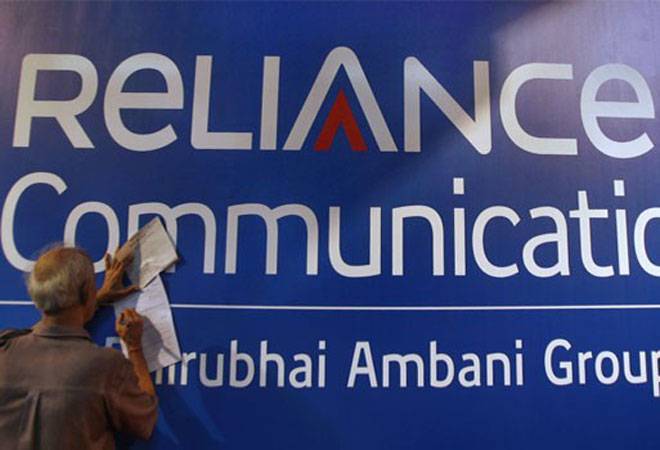 A day after it faced SC heat over non-payment of dues to Ericsson, Reliance Communications Thursday sought urgent approval from its lenders for release of about Rs 260 crore lying in its bank account, directly to the Swedish telecom gear maker.

Reliance Communications in a statement said that it is confident of raising the remaining about Rs 200 crore for payment to Ericsson, in order to ensure that the entire amount gets paid well within the four weeks timeline set by the apex court.

The latest move assumes significance as the Supreme Court (SC) Wednesday held Reliance Communications chairman Anil Ambani and two others guilty of contempt of court for violating its order by not paying dues of Rs 550 crore to Ericsson.

The court said they would face a three-month jail term if Rs 453 crore was not paid to the telecom equipment maker in four weeks.

The permission of lenders is crucial for the beleaguered firm, which had decided to implement debt resolution plans through NCLT (National Company Law Tribunal) framework, making lender's go ahead necessary for such payments, explained an industry observer.

The RCom spokesperson further said that a sum of Rs 118 crore has already been deposited with the apex court.

"RCom is confident of raising the balance approximately Rs 200 crore for payment to Ericsson, in order to ensure that the entire Rs 550 crore, plus interest thereon, stands paid to Ericsson, well within the time of four weeks allowed by the Hon'ble Supreme Court," the spokesperson added.

Meanwhile, Anil Ambani-led Reliance Capital Thursday said it has invited Nippon Life Insurance to acquire up to 42.88 per cent, which is its entire stake, in Reliance Nippon Life Asset Management Ltd (RNAM).

The Supreme Court Wednesday held that the RCom chairman as well as Reliance Telecom chairman Satish Seth and Reliance Infratel chairperson Chhaya Virani breached the undertaking given to the apex court and related orders.

The apex court said Ambani and the others will have to purge contempt by paying Rs 453 crore to Ericsson in four weeks.

A bench comprising Justices R F Nariman and Vineet Saran said if the 'contemnors' failed to make the payments within the specified period, they will undergo a jail term of three months. The apex court also directed Reliance Communication, Reliance Telecommunication and Reliance Infratel to deposit Rs 1 crore each in four weeks to the apex court registry. If not, the chairpersons of these companies will have to undergo additional jail term of one month.

It also directed that Rs 118 crore already deposited by Reliance Group in the apex court registry be disbursed to Ericsson within a week.

The bench said the three Reliance companies did not adhere to the 120 days deadline and 60 days extra given by the apex court to pay the Rs 550 crore to Ericsson. It said the undertakings given in the court were false to the knowledge of the court and affected the administration of justice.

On February 13, the apex court had reserved its judgement when Ericsson India alleged that the Reliance Group has money to invest in the Rafale jet deal but was unable to clear its Rs 550 crore dues, a charge vehemently denied by the Anil Ambani-led company.

Ericsson India, which signed a seven-year deal in 2014 to operate and manage RCom's nationwide telecom network, alleged that it had not been paid the outstanding dues and challenged the debt-ridden firm (RCom has a staggering Rs 46,000 crore debt) before the National Company Law Appellate Tribunal.

A source said that in order to raise the rest of the amount that is required to be paid to Ericsson, RCom could look at sale of its real estate assets in Delhi and Mumbai, as also urge Reliance Jio to speed up payments for the past Fibre and MCN (media convergence nodes) deals, where the said infrastructure has already been transferred.