Jio GigaFiber is undergoing trials in several cities, but Mukesh Ambani could announce the official launch date across 1,600 cities in India in today's annual general meeting 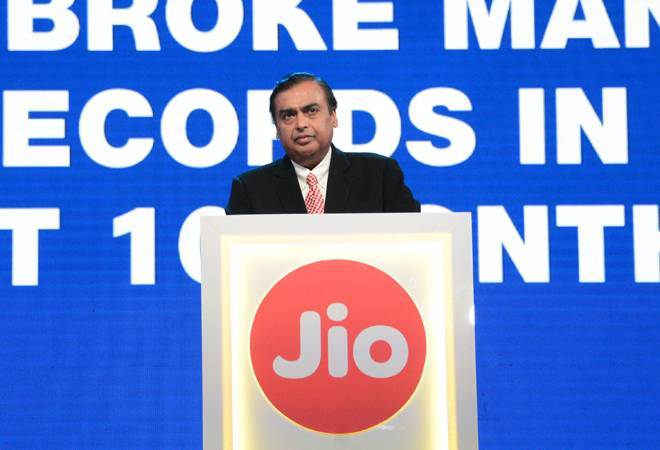 Reliance Industries Ltd (RIL), in its 42nd annual general meeting on Monday, is expected to make big announcements about the launch of much-awaited Jio GigaFiber and Jio Phone 3. GigaFiber, which is a combo service of broadband, fixed and television, could also be a market disrupter like Reliance Jio. In the company's last annual general meeting, RIL Chairman Mukesh Ambani had laid out plans to come up with a fibre-to-the-home (FTTH) service. While Jio GigaFiber is undergoing trials in several cities, Mukesh Ambani could today announce the official launch date across 1,600 cities in India. The RIL Chairman is likely to launch another major offering from the telecom company, Jio Phone 3, one of the cheapest smartphones with all the latest features. The AGM will start around 11 AM on Monday.

In July, Mukesh Ambani had said that the beta trials of Jio GigaFiber services had been very successful and the entire bouquet of smart home solutions would soon be rolled out to targeted 50 million households and beyond.

"Wireline network connectivity in India continues to remain underserved. Jio is working towards serving the need for better connectivity with its GigaFiber services. Jio, with its FTTH services, has set a target of connecting 50 million homes across the country," his letter to shareholders said.

Like Reliance Jio, GigaFiber is also likely to take the broadband market by storm. Reports say the base plan of GigaFiber could be priced at as low as Rs 600 per month and will offer a combination of broadband, IPTV and a landline connection. Data speed will be around 50mbps and consumers will get 100GB per month. All the plans of Reliance Jio GigaFiber are expected to get complimentary landline connection for free.

According to Merrill Lynch, from US brokerage firm Bank of America, Reliance Jio GigaFiber could launch with at least three data plans, starting at Rs 500 per month.