Schezwan vada pav to swadeshi burger: How Jumboking reinvented itself

Jumboking has ambitions to go beyond the current plan of 13 cities with stores in tier 2-3 towns. The company plans to have dine-in restaurants in the smaller towns, with largely 'on the go' model 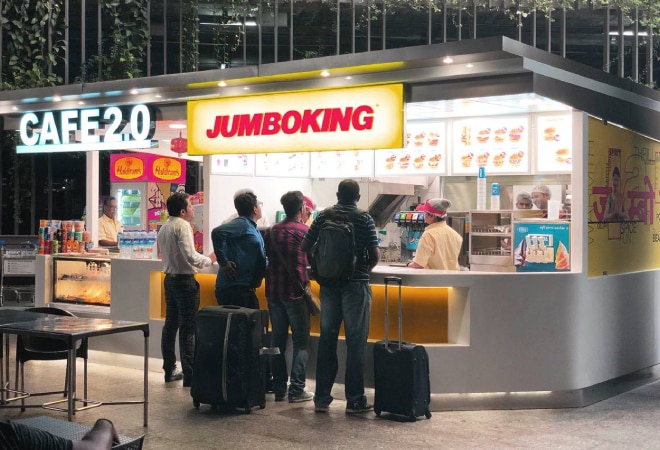 Mumbai-based quick service restaurant chain Jumboking is all set for a national rollout as an Indian burger brand. The company in the next few months would be expanding to 13 cities and the plan is to substantially scale up the Rs-100-crore brand in the next few years, says Dheeraj Gupta, Founder and MD of Jumboking. The company tried a national rollout as a vada pav QSR brand way back in 2008-09, but had to turn back after burning its fingers badly.

When the company launched its vada pav quick service restaurant chain way back in 2001, the ambition clearly was to be a desi version of McDonald's or Burger King. The idea was to make the ubiquitous Mumbai vada pav a national phenomenon. Just as McDonald's has an array of burger variants, Jumboking also came up with varied offerings such as a Schezwan vada pav and Achari vada pav amongst many others. The Mumbaikars did lap up the QSR-style vada pav, which encouraged the brand to go national in 2008. It set up stores in Bangalore, Delhi and Hyderabad.

However, after the initial excitement, the consumers in Delhi, Hyderabad and Bangalore didn't show sustained interest in vada pav. To make vada pav consumption a habit, the brand needed to spend crores on advertising. The India QSR start-up didn't have deep pockets and hence decided to withdraw from these markets in 2011.

Though vada pav is a staple in Mumbai, research was also telling Jumboking that the younger generation didn't find vada pav aspirational. They were not too interested in paying a premium for vada pav due to its street food credentials.

"There is also a pricing power issue with vada pav. Consumers didn't want to pay beyond Rs 20 for it and we were not able to offer the product for less than Rs 25, as we were using the best available technology to manufacture our vada pav hygienically," explains Gupta.

In 2015, the brand repositioned itself as an Indian burger brand. It launched a range of burgers which had an international appeal, such as corn and spinach, crispy veggie and mac and cheese. This move met with instant success. The aspirational Indian consumer, says, Gupta, clearly wanted a product which had an international appeal but at the same time was looking for Indian flavours.

"Our burgers are designed to suit the Indian palette, they are spicy," explains Gupta. They consumers wanted burgers with an Indian touch, but they were clearly not in favour of desi burgers such as a vada pav.

However, Gupta believes that just as too much Indianisation doesn't work in a product like burger, one can't meddle with the taste of street food like vada pav either. "We came up with products such as Achari vada pav and Schezwan vada pav and they didn't work."

Gupta has ambitions of taking Jumboking beyond the current plan of 13 cities. He wants to set up stores in tier 2-3 towns. While he plans to have dine-in restaurants in the smaller towns, his model largely would be 'on the go'. "I want to be the ATM of QSR business, from where consumers can pick up burgers on-the-go."

In fact, global coffee chains such as Dunkin Donuts and Starbucks have a similar on-the-go model world over. Gupta says that his stores will not be more than 200-300 square feet, as that is the only way he can make profits.

Gupta says that he has built his business by observing the business models of global QSR giants such as Burger King and McDonald's. When it comes to its store strategy, he has adopted Subway's franchise model. "Subway has a 100 per cent franchise model, because of which it has 78,000 stores worldwide. A franchise network helps in churning profits," he says. The QSR chain currently has 100 stores across Mumbai and Pune.