Future Retail Ltd (FRL), in a late-night regulatory filing on Wednesday, February 3, said the order "will have no impact on the ongoing Scheme of Arrangement of the company" 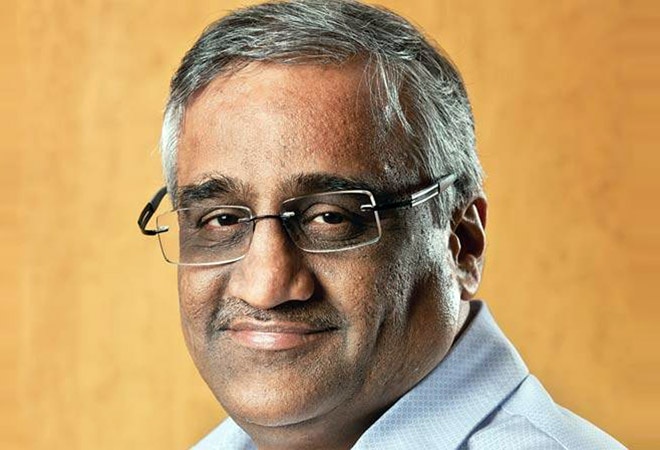 Future Group CEO Kishore Biyani and other promoters as well as Future Corporate Resources Pvt Ltd (GCRPL) are planning to file an appeal against the SEBI's order on Wednesday, February 3

Future Retail Ltd has said the one-year ban imposed by SEBI on the company's Chairperson Kishore Biyani and other promoters from the securities market will have "no impact" on its deal with Reliance Retail Ventures Ltd (RRVL), a unit of Reliance Industries.

Biyani and other promoters as well as Future Corporate Resources Pvt Ltd (GCRPL) are planning to file an appeal against the SEBI's order on Wednesday, February 3.

FRL, in a late-night regulatory filing, said the order "will have no impact on the ongoing Scheme of Arrangement of the company" and that the company understands "that the relevant parties propose to challenge this order in exercise of their statutory right to appeal."

In a separate statement, Future Corporate Resources Pvt Ltd (FCRPL) said the SEBI order "has taken care to exclude dealings in securities under any impending Scheme of Arrangement."

"Therefore, the SEBI would not pose a hurdle to the ongoing Scheme of Arrangement with the Reliance Group," it said.

FCRPL said the SEBI order is "untenable since it treats a well-anticipated and publicly well-non-impending reorganisation of home furnishing businesses that the Future Group effected in 2017 to be unpublished information".

"The Order will be challenged in exercise of the statutory right to appeal," it added.

On Wednesday, SEBI barred Kishore Biyani and certain other promoters of Future Retail Ltd from the securities market for a year for indulging in insider trading in the shares of the company.

In addition, the regulator has imposed a fine of Rs 1 crore each on Kishore Biyani, Anil Biyani and Future Corporate Resources. Besides, they have been asked to disgorge Rs 17.78 crore for the wrongful gains made by them.

The development comes at a time when Future Group is locked in a bitter legal battle with e-commerce giant Amazon over the former's Rs 24,713-crore deal with Reliance.

In August last year, Future group had entered into a deal with billionaire Mukesh Ambani's RIL to sell its retail, wholesale, logistics and warehousing units.

In August 2019, Amazon had agreed to purchase 49 per cent of one of Future's unlisted firms, Future Coupons Ltd (which owns 7.3 per cent equity in BSE-listed Future Retail Ltd through convertible warrants), with the right to buy into the flagship Future Retail after a period of three to 10 years.

Amazon had dragged Future Group to arbitration at Singapore International Arbitration Centre (SIAC) in October last year, arguing that Future violated the contract by entering into the deal with rival Reliance. An interim order by the emergency arbitrator was passed in favour of Amazon.

After this, Future Group filed a plea with the Delhi High Court. On December 21, a single-member bench rejected the plea to restrain Amazon from writing to regulatory authorities about the SIAC arbitral order but gave a go-ahead to the regulators to decide over the deal.

The court also made several observations indicating that Amazon's attempt to control Future Retail through a conflation of agreements Amazon has with an unlisted unit of the Indian company will be violative of the FEMA FDI rules.

Post that, Amazon has also filed a petition in the Delhi High Court seeking implementation of the SIAC order and sought detention of Future Group founders, including CEO Kishore Biyani, and seizure of their assets as it seeks to block the Future-Reliance deal.

Earlier this week, passing an interim order over the petition filed by Amazon before the Delhi High Court, the Court directed the FRL to maintain the status quo in its deal with Reliance Retail.