Snapdeal to raise $500 mn from Alibaba, SoftBank and Foxconn, says a report

The move is a show of faith from three of Asia's - and the world's - biggest technology companies in fast-growing Snapdeal. A person familiar with the matter said the deal could be finalised within a few days. 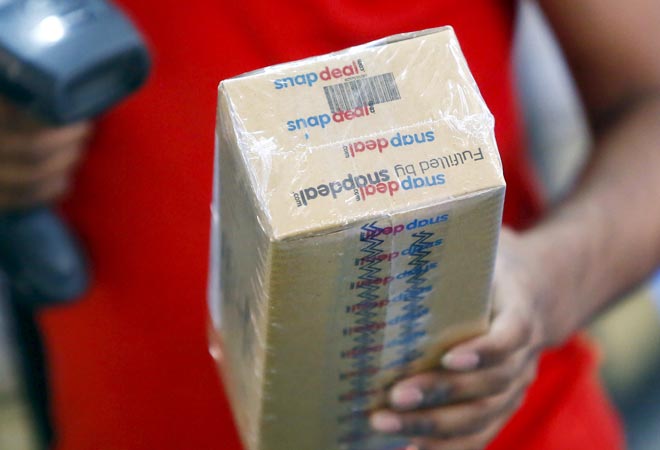 A worker of Indian e-commerce company Snapdeal.com scans barcode on a box after it was packed at the company's warehouse in New Delhi April 20, 2015. (Photo: Reuters)

Online marketplace Snapdeal is set to raise $500 million in investment from Alibaba Group Holding, SoftBank Group and Foxconn, the trading name of Hon Hai Precision Industry, a person familiar with the matter said on Monday.

The person, who declined to say how much Snapdeal would be valued after the investment, said the deal could be finalised within a few days at the earliest though it may also take weeks.

The move is a show of faith from three of Asia's - and the world's - biggest technology companies in fast-growing Snapdeal.

The e-commerce firm competes with Flipkart Online Services and the local subsidiary of Amazon.com in the country's online shopping market, which Morgan Stanley estimates will be worth $102 billion by 2020.

Snapdeal and SoftBank were not available for immediate comment. Alibaba and Foxconn declined to comment. The person was not authorised to disclose the matter and so declined to be identified.

ALSO READ:Flipkart, Amazon, Snapdeal vie for top spot
In October, Snapdeal, which connects small businesses with customers in an online marketplace, secured a $627 million investment from Japan's SoftBank, itself an early backer of Alibaba.

Alibaba was in direct funding talks with Snapdeal in March, but opted to instead invest together with SoftBank and Foxconn, the person familiar with the $500 million investment said.

Foxconn founder Terry Gou told shareholders at an annual meeting two months ago that India is a key market this year for his group.

In March, Snapdeal Chief Executive Kunal Bahl said his company was not looking to raise money immediately and was well capitalised for the next couple of years.

Nestle to focus on other biz after Maggi scare