A weak rupee and skyrocketing fuel prices during the second quarter of FY19 drove the company into red, SpiceJet said in a filing to the Bombay Stock Exchange. 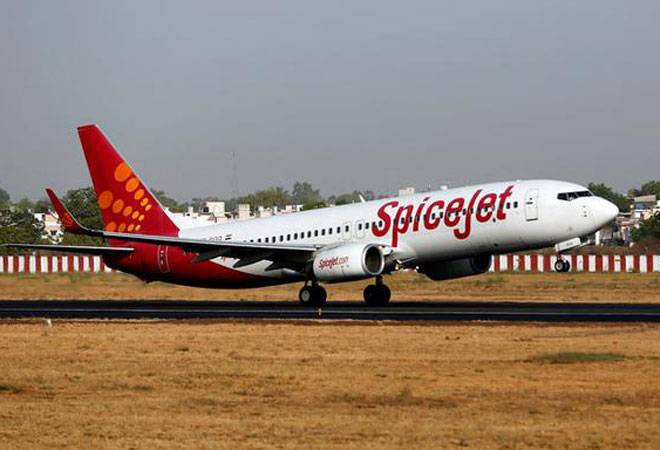 In its BSE filing, SpiceJet said that it has been profitable for the past three financial years.

A weak rupee and skyrocketing fuel prices during the second quarter of FY19 drove the company into red, SpiceJet said in a filing to the Bombay Stock Exchange.

"The loss of Rs 3,160.8 million in the current year is largely a result of adverse foreign exchange rates and fuel prices, during the second quarter of the financial year. As a result of various operational, commercial and financial measures implemented over the last four years, the Company has significantly improved its liquidity position, and generated operating cash flows during that period," SpiceJet said in its statement.

On the expenses front, SpiceJet saw its operating expenses on aircraft fuel and aircraft maintenance costs go up to Rs 3,445.25 crore and Rs 1,504.26 crore, respectively.

On a quarterly basis, SpiceJet posted a 22 per cent increase in net profit for the quarter ended March 31, 2019. The airline reported a net profit of Rs 56.29 crore in the March quarter of FY 19, as opposed to Rs 46.15 crore during the corresponding quarter last year.

The total revenue from operations during the quarter under review was Rs 2,531.25 crore during Q4 FY19, as compared to Rs 2,019.64 crore during the March quarter of FY18.

Similar to the rest of the industry, SpiceJet also benefitted from the opportunities rising out of Jet Airways grounding its operations. Reports suggest that SpiceJet registered saw its capacity increase by 21 per cent, whereas the average base fare rose 11 per cent, on the back of space created in the absence of Jet.

SpiceJet's financial results during the March quarter deserve mention as the airline had to ground 12 of its Boeing 737MAX aircraft during this period. "SpiceJet has posted a strong recovery in last two quarters after suffering a loss of Rs 427.5 crore in the first two quarters due to steep increase in fuel costs and sudden depreciation of the rupee. This recovery comes despite the unprecedented challenges we faced during Q4 FY2019 which saw the grounding of as many as 13 of our MAX planes," SpiceJet CMD Ajay Singh said.

"SpiceJet's profit for the fourth quarter though not in the same league as Indigo is commendable considering that 12 Boeing 737MAX planes were grounded during the period, affecting capacity deployment. Some of the gains have to be attributed to Jet Airways gradually tapering its fleet starting February resulting in increased passenger carriage. Higher yields from Jet stoppage resulting in higher fares helped in increasing profitability," Jitendra Bhargava, former executive director of Air India, told India Today.