Deal could be finalised as soon as Tatas' role in BigBasket is decided; Tatas are discussing modalities to buy out stakes from key investors like Alibaba group and other private equity funds by paying around $500-700 million in cash 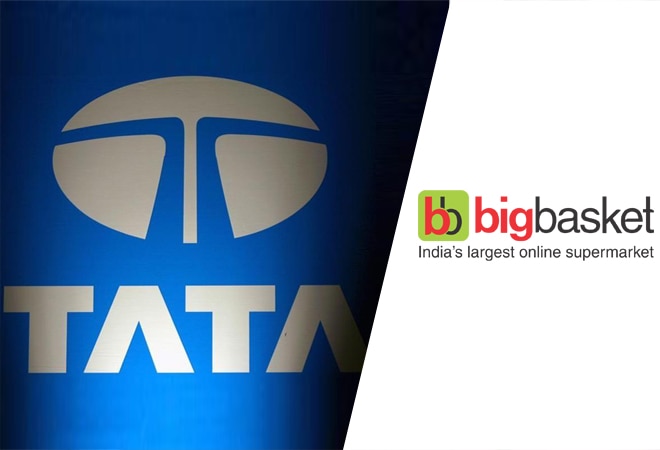 The Tata group is in active talks to buy a controlling stake in BigBasket, signalling the entry of one of the biggest business houses in India's hyper-competitive online grocery market. Tatas want to acquire a controlling stake by buying out some of the key investors in the start-ups. The deal could be finalised as soon as Tatas' role in BigBasket is decided.

Right now, Tatas are discussing modalities to buy out stakes from key investors like Alibaba group and other private equity funds by paying around $500-700 million in cash, LiveMint reported citing sources. Investors have reportedly no objections to Tatas buying stake but want the current founders-led top management on board. They also want to proceed with IPO launch.

BigBasket has big plans when it comes to expanding its business in India. The start-up is planning to launch an initial public offering in the next two years. Right now, BigBasket holds the biggest share of 50 per cent in the e-grocery segment. It sells over 18,000 products and 1,000 brands on its platform.

Notably, the Tata group has a huge presence in offline as well as FMCG retail stores. The company's online retail venture, Tata CLiQ, which started in 2016 is far behind top three rivals Reliance Retail, Amazon and Flipkart.

The Tata group has also announced its plans to launch an e-commerce app to take on Amazon and RIL in the country's booming e-commerce sector. With this app, the group seeks to bring together its different consumer services for the first time. The app is expected to be launched in India in December or January. The app aims to provide its customers with a range of products and services offered by different platforms of Tata Group, including shopping app Tata CLiQ, grocery e-store StarQuick and online electronics platform Croma.

Even as other heavyweights such as RIL have aggressively pushed for technology in their businesses, Tata Group has largely remained mute in its consumer internet offerings. Since April 2020, billionaire Mukesh Ambani-led RIL has raised Rs 152,056 crore by selling 32.97 per cent equity stake in Jio Platforms.