In the seven seater format, Tata Safari will compete with the likes of Mahindra XUV5OO and Chinese carmaker SAIC own upcoming Hector 7 seater model 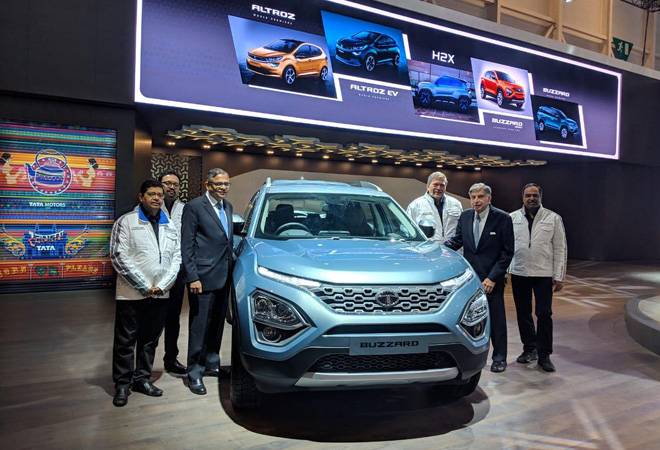 Homegrown automaker Tata Motors is bringing back the iconic Safari brand, one of its first SUVs in the country, for the soon to be launched 7 seater version of the Harrier SUV.

The vehicle was showcased at the Auto Expo last year where the company had used the codename Gravitas. Based on the Land Rover derived Omega Arc platform, the new Safari is 63mm longer than the Harrier and 80mm taller to accommodate the third-row seat. It will borrow the 170hp, 2.0-litre Kryotec turbo-diesel engine from the Harrier, as well as its six-speed manual and six-speed torque convertor automatic gearbox options.

"We are proud and elated to re-introduce our flagship SUV-Safari. The Safari, an iconic brand with a strong following, has been the most sought after SUV on Indian roads for well over two decades. In its new avatar, the Safari will appeal to the socially active, fun-loving customers who seek out unique experiences and adventure," said Shailesh Chandra - President, Passenger Vehicles Business Unit (PVBU), Tata Motors. "Its design, performance, versatility, features, and long-lasting build quality, reinforce the SUV lifestyle to provide unending pleasure. We are confident that the launch of the Safari will once again re-energise the market, amplifying its cult status."

The company said the new Safari will arrive at showrooms this month and bookings will commence shortly. The Harrier was launched in January 2019 and after a slow start, it has gained momentum in recent times to emerge as one of the top 3 models in its category. In the seven seater format, the new Safari will compete with the likes of Mahindra XUV5OO and Chinese carmaker SAIC own upcoming Hector 7 seater model.

The Safari was first launched in 1998 and remained in continuous production with various upgrades and iterations including the Dicor and Storme, till late 2019. It was one of the most popular ladders on frame SUVs of its time alongside Mahindra's Scorpio and had an equally catchy tag line of "reclaim your life."