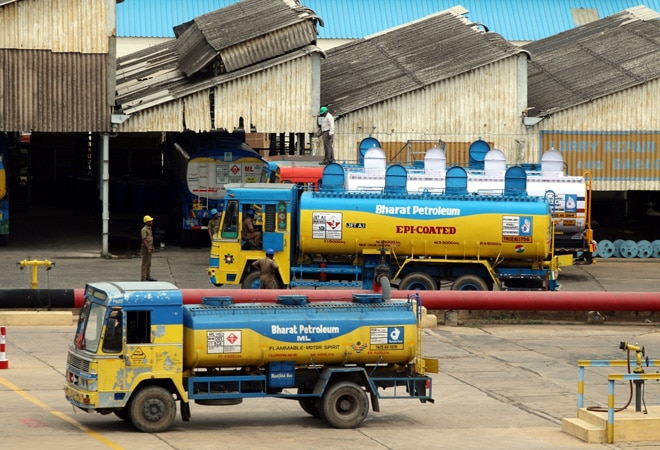 At a time when government is exploring all the opportunities to find capital to infuse in the economy, the fundraising through disinvestment of its stake in BPCL is feared to find less takers from global oil giants. The government sources said that the global oil production and refining companies are in dire financial crisis after the fall of crude prices and COVID-19 outbreak. Besides, they are in the process of scaling down their exposure in fossil fuel as part of decarbonisation targets.

At the BPCL roadshows, which was held in the UK, the US and UAE in January, global oil and gas majors like Shell, Chevron, Conoco Philps, Saudi Aramco, Rosneft and Exxon Mobil had participated. But the COVID-19 outbreak had toppled all the plans of the government to conclude the bidding process by March. The lower economic activities post the outbreak changed the financial position of oil giants as most of them posted losses in the last quarter.

Going by the current market capitalisation of BPCL, the buyer will have to shell out at least Rs 45,000 crore to buy the government's 53 per cent stake and about Rs 23,000 crore for another 25 per cent from the public in mandatory open offer.

"The problem is that the government doesn't want to do a low value deal. The market value of BPCL is much lower compared to the peak share price. The buyers do not want to shell out much is another issue," said people in the know.

The total attributable refining capacity of BPCL is about 35 million tonnes (MT) annually. It operates 15,078 fuel stations, which accounts for a quarter of the retailing market share, and 6,004 LPG distributors.

The interested parties should submit preliminary expressions of interest by September 30, which will be followed by qualified bidders being asked to submit financial bids. The COVID-19 pandemic had delayed the process of BPCL disinvestment multiple times. It is crucial to meet the government's Rs 2.1 lakh crore divestment target set for this financial year. Overall, the government wanted to sell stakes in two dozen central public sector companies in 2020-21. The Union Cabinet in November 2019 had approved sale of government's stake in BPCL, Air India, Shipping Corp of India (SCI), and on-land cargo mover Concor. Besides privatisation, Centre had decided to cut shareholding in select public sector firms to below 51 per cent to boost revenue collections that had been hit by the slowing economy.

The government also had the plan to sell ONGC's 51 per cent stake in HPCL after the sale of BPCL stake. That has also been delayed. HPCL has 18 MT refining capacity and runs 15,127 fuel retail outlets. The market valuation is around Rs 29,000 crore.

The gap between government's total income and expenditure is expected to balloon to Rs 14.6 lakh crore or 7.6 per cent of GDP in FY21 as economic disruptions are set for a long haul due to the pandemic.