Employees allege that the government plans to give the right to review terms of 10-year service contracts to the company management after June 2020. They also fear that they will be denied retirement benefits if the company turns private 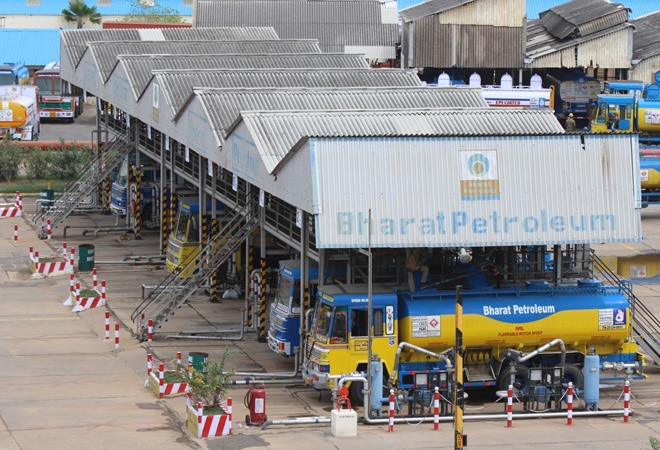 About 4,800 employees, under 15 unions went on for 48-hour strike, majorly at their refineries in Mumbai and Kochi, to protest against the government's privatisation move and non-settlement of wages by the management to hasten privatisation. The LPG plants and marketing depots were also shut because of the strike on Monday and Tuesday.

Employees allege that the government plans to give the right to review terms of 10-year service contracts to the company management after June 2020. It will help the private management, whichever takes over the company, to amend the terms of service of the workers, they said. They also fear that the retirement benefits and gratuity will not be available if the company turns private.

The government, which holds about 53 per cent stake in BPCL, will provide guidance on employee protection, asset stripping and business continuity to potential bidders at a later stage, according to privatisation rules issued by the disinvestment department. The government stake is valued around Rs 50,000 crore at the present market capitalisation of the oil refining and marketing company.

The interested parties should submit preliminary expressions of interest by September 30, which will be followed by qualified bidders being asked to submit financial bids.

The COVID-19 pandemic had delayed the process of BPCL disinvestment multiple times. It is crucial to meet the government's Rs 2.1 lakh crore divestment target set for this financial year. Overall, the government wanted to sell stakes in two dozen central public sector companies in 2020-21. The Union Cabinet in November 2019 had approved sale of government's stake in BPCL, Air India, Shipping Corp of India (SCI) and on-land cargo mover Concor. Besides privatisation, Centre had decided to cut shareholding in select public sector firms to below 51 per cent to boost revenue collections that had been hit by the slowing economy.

The sale of Concor has additional problems as its major valuation comes from the leased land that it took from Indian Railways at subsidised rates. In the case of Air India, the government is finding it tough to get interested parties, especially when the global aviation sector is in doldrums after the pandemic. It has extended the deadline for placing bids for Air India by two months till October 30.

According to reports, the government held roadshows in London, the US and Dubai ahead of the national lockdown to attract bidders for state-run entities. The likely bidders include Shell, Chevron, ConocoPhillips, Saudi Aramco, Rosneft and Exxon Mobil.

Unlock 4.0: Schools allowed to reopen for Class 9 to 12 students on voluntary basis