Analysts expect Vedanta to substantially gain on better price realisation scenario once the capex cycle is over. The company has spent $7.2 billion so far for expanding the production of oil, zinc, aluminium and copper 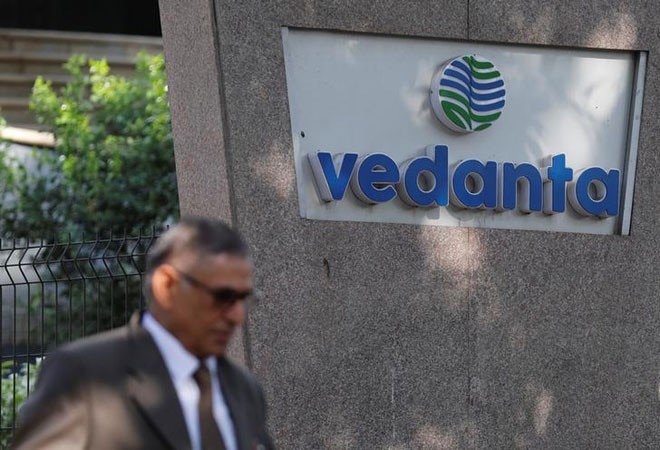 Vedanta is in the midst of executing a $11.3 billion capital expenditure plan

The metals-to-oil conglomerate Vedanta Ltd has cut down its net debt by 29.3 per cent to Rs 20,081 crore in the September quarter, while in the midst of executing a massive $11.3 billion capital expenditure plan. The company has spent $7.2 billion so far for expanding the production of oil, zinc, aluminium and copper, while $4.1 billion capex is pending. Once the capex cycle is over, the company is expected to substantially gain on better price realisation scenario, the analysts expect.

Vedanta has posted a 15 per cent drop in earnings before interest, tax, depreciation and amoratisation (EBITDA) to Rs 4,497 crore. The profit before exceptional items fell by 33 per cent to Rs 1,544 crore, on a revenue of Rs 21,739 crore, which slipped 3 per cent. The investment income has increased by 42 per cent to Rs 832 crore, while finance cost decreased by 9 per cent to Rs 1,340 crore. The company has deployed cash and investments to the tune of Rs 35,817 crore.

With the reduction in debt, the net debt-EBITDA ratio fell to 0.9 in the September quarter from 1.3 in the June quarter. The company has Rs 3,500 crore term debt maturing in this financial year. It will have to repay the term debt of Rs 24,000 crore over the next three years. Since the company has high cash reserves on books, thanks to Hindustan Zinc with a cash and cash equivalent of Rs 19,655 crore and Cairn with Rs 5,180 crore, debt repayments will not be an issue. The additional capex of nearly Rs 30,000 crore will have to be partly funded from cash flow of the company, which stood at Rs 24,000 crore in the last financial year.

Vedanta plans to double alumina capacity at its refinery in Odisha to 4 million tonne (MT) over the next two and a half years and raise aluminum smelter production capability by 30 per cent to 3 MT at an all-in cost of less than $1,500 a tonne, said the company CEO Venkatakrishnan in August.

ALSO READ:Vedanta's Anil Agarwal has a piece of advice for govt on disinvestment

In April, the mining moghul Anil Agarwal's company had received environment clearance for the expansion of its oil and gas operation in Rajasthan that would entail an investment of Rs 12,000 crore. The proposal is to expand onshore oil and gas production from the existing 3,00,000 BOPD (barrels oil per day) to 4,00,000 BOPD and 165 mmscfd (million standard cubic feed per day) to 750 mmscfd from the block located in Barmer and Jalore districts, Rajasthan.

Vedanta's share price fell 30 per cent over the last one year and its market value stood at Rs 53,347 crore on November 14.