In an interaction with Business Today, Venugopal Dhoot says that they plan to raise the money from monetisation of assets, affordable housing, consumer electronics and home appliances business 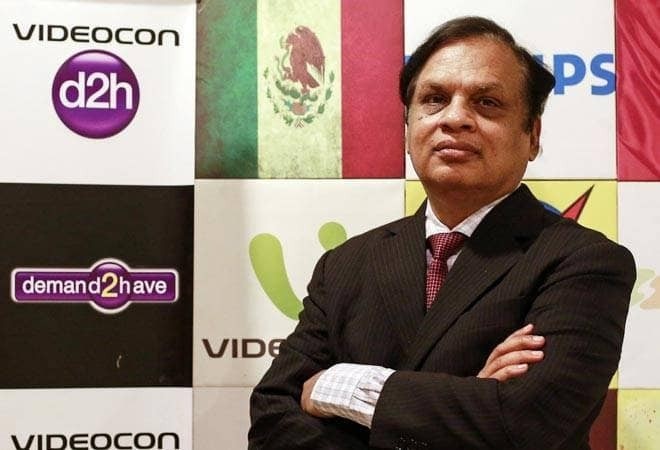 Even as the Committee of Creditor (CoC) is likely to decide within a week on Videocon Industries promoter Venugopal Dhoot's offer of Rs 31,289 crore for withdrawal of insolvency proceedings against 15 of his group companies, the question that will remain in creditors' mind is how he would fund this offer.

In an interaction with Business Today, Venugopal Dhoot says that they plan to raise the money from monetisation of assets, affordable housing, consumer electronics and home appliances business.

"Videocon had over 15,000 retailers, over 30,000 direct and indirect employees and over 20 crore customers using wide range of products. In order to regain the image of the brand, market share, growth and success story of Videocon, we have a robust business plan," he says.

Dhoot did not disclose in how many years the group companies plan to pay back all the money.

Why is there an offer to pay the creditors now when the Videocon Industries along with 14 other group companies are already under insolvency proceedings? Why did he fail to make this offer earlier? Dhoot says that the proposal under Section 12A is similar to the one that was made in October 2017 and was approved by Joint Lenders' Forum. It was then recommended to the Reserve Bank of India (RBI).

"As per our original proposal of October 2017, the total debt for which restructuring was considered was for Rs 31,289 crore, that is, full payment to the creditors," he says.

However, according to Dhoot, despite the joint lenders' forum approving the proposal, the RBI referred the case to National Company Law Tribunal (NCLT), the adjudicating authority under the insolvency law. He further says that withdrawal provision under Section 12A was not available in 2017.

Section 12A provision was incorporated in the Insolvency and Bankruptcy Code (IBC) in June 2018.

If the COC approves the withdrawal proposal under Section 12A of the IBC, the promoters get to manage the company and service the debt as per the submitted proposal. The lenders (CoC) will continue to hold all pledged shares and approval from them is mandatory for sale/restructuring of any asset, till such time all debts are not cleared.

When asked if he is confident that his proposal under Section 12A will be acceptable to the CoC, Dhoot says that their proposal is robust and outlines the capabilities of not only servicing the debt but also regaining the lost glory of Videocon. "It is explicitly placed that we have not sought any haircut from the original accepted and recommended proposal of 2017," he reiterates.

However, a person close to the insolvency proceedings says that the payment proposal made by the Dhoots spans 10-15 years. "Nobody would take a payment plan spanning 10-15 years seriously," he says. The person also said that there are five-six more bidders in the race for Videocon group companies, and if the voting date is not extended the result of the voting would be out within a week.

As many as 15 Videocon Group companies are under insolvency and are being jointly heard by the Mumbai bench of the NCLT.