A two-judge bench of the Administrative Court division of the Royal Courts of Justice in London will hear the application submitted by Vijay Mallya, filed in April. 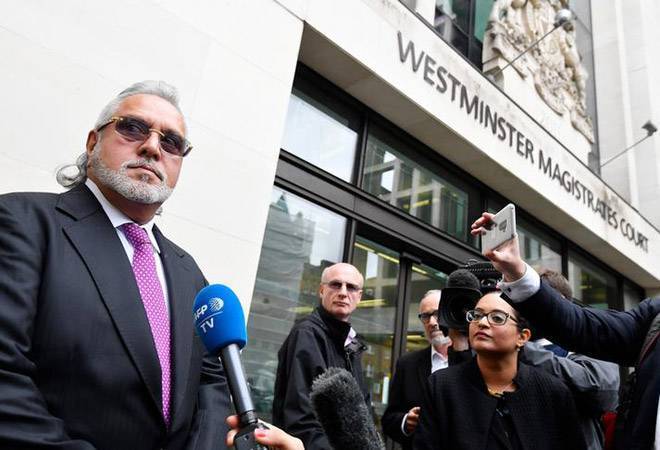 Embattled liquor tycoon Vijay Mallya's extradition case will return to the UK courts on Tuesday as he seeks permission to appeal against an order signed off by UK home secretary Sajid Javid for him to be extradited to India to face alleged fraud and money laundering charges amounting to Rs 9,000 crore.

A two-judge bench of the Administrative Court division of the Royal Courts of Justice in London will hear the application, filed in April.

During the day-long hearing, listed before Justices George Leggatt and Andrew Popplewell, Mallya's legal team and the Crown Prosecution Service (CPS) arguing on behalf of the Indian government will go head to head to reiterate factors for and against the businessman's extradition to Arthur Road Jail in Mumbai.

The judges are likely to reserve their judgment in the case and hand down their ruling in the coming weeks.

In the scenario that Mallya is unsuccessful in his appeal, he must be extradited within 28 days from the appeal decision becoming final. However, if he is granted permission to appeal, the case will then proceed to a full hearing stage at the UK High Court.

The appeal will mark one of the final stages of the appeals process, as the chances of permission to appeal to the Supreme Court are unlikely if such a permission is already denied at the High Court stage.

"It is not for me to prejudge the outcome of the appeal, but he (Mallya) does face serious challenges in overturning the order for extradition," said Toby Cadman, co-founder of Guernica 37 International Justice Chambers.

"The right to appeal against an extradition order is not straightforward. His defence will have to prove fairly strong grounds to convince the judges to grant an appeal," explained Cadman, a UK-based barrister who handles high-profile extradition cases.

An appeal to the UK's Supreme Court is quite a rare prospect in extradition cases such as this one, as Mallya's defence team would need to have a "point of law of general public importance" certified by the Administrative Court of the High Court.

There is a final recourse for Mallya to approach the European Court of Human Rights (ECHR) based in Strasbourg, France, to argue against his extradition to India on human rights grounds by trying to prove a real threat of harm or torture or that he would not receive a fair trial.

"The likelihood of the ECHR intervening in a case such as this is slim indeed as the threshold is very high," said Cadman, who explained that the European court would take into account that the human rights related arguments had already been taken into account at different levels during the UK court process and that India is democratic country with an established rule of law.

ALSO READ:Vijay Mallya jeered by crowds at the World Cup with chants of 'chor hai'