Singh brothers get a breather from top court

The long-drawn Daiichi vs Singh brothers legal tussle actually began in 2008, with what is widely regarded as one of the most perfectly timed exits in India Inc's history 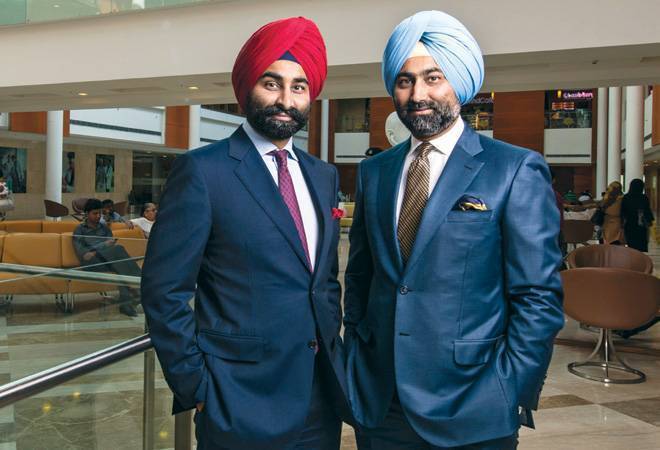 The Supreme Court (SC) has reserved its order on a contempt plea filed by Japanese pharma company Daiichi Sankyo against the Singh brothers over non-payment of Rs 3,500 crore arbitration award. However, the apex court said it was deciding the issue of 'contempt of court' only. During the hearing, Daiichi told the SC that former Ranbaxy promoter Malvinder Singh had given undertaking in the Delhi High Court, and that the value of their "unencumbered assets" was only Rs 452 crore.

The top court on March 14 had asked the duo to submit a concrete plan for repaying the Japanese firm as well as consult their accountants and financial/legal advisors and appraise it by April 5. But during the hearing on Friday, the bench was miffed at the responses given by the Singh brothers. Senior lawyers Kapil Sibal, representing Malvinder, had told the bench that the brothers had been duped and that "nearly Rs 6,300 crore has been siphoned off by some 'baba'", while requesting that properties of the contemnor be sold under the instruction of the court. To this, the bench had responded saying that the court will "only adjudicate on the violation of our orders", adding that they can sell their own properties.

The bench also got irked when Malvinder said that he had not gotten his properties valued. "How is it possible that you do not know the value of your properties," the bench posed. "You may be owning half of the world but there is no concrete plan as to how the arbitral amount would be realised. You said that somebody owed you Rs 6,000 crore. But this is neither here nor there."

On the other hand, senior lawyer PS Patwalaia, appearing for Shivinder, said he wanted two years' time to work with Daiichi so that valuation of the companies can get better and the arbitral award can be honoured. That's a U-turn from his previous stand in court where he had claimed that he was not at the helm of affairs for some time as he had taken 'sanyaas' (renunciation) from the world.

The bench, also comprising Justices Deepak Gupta and Sanjiv Khanna, had ultimately announced that it would straightaway hear Daiichi's contempt petition against them for violating past court orders on April 11. The court also asked the siblings to be present before the top court for the hearing.

The long-drawn Daiichi vs Singh brothers legal tussle actually began in 2008, with what is widely regarded as one of the most perfectly timed exits in India Inc's history. In June that year, the Japanese firm had invested an eye-popping $4.6 billion to acquire the Singhs' family firm Ranbaxy Laboratories Ltd, then India's largest pharma company by revenue, and just three months later the company's troubles with the US Food and Drug Administration's (FDA) started snowballing.

Accusing the Singh brothers of concealing and misrepresenting critical information relating to the FDA investigations while negotiating the deal, Daiichi had moved the Singapore arbitration tribunal in 2012, which had ruled in its favour in a 2-to-1 majority four years later. The siblings went on to unsuccessfully contest the ruling first before a Singapore court and then the Delhi High Court followed by the Supreme Court.

Daiichi then had to wage another legal battle for the actual implementation of the $500 million arbitral award. Last year, it again moved court to stop the stake sale of Fortis Healthcare Ltd (FHL) to IHH Healthcare Berhad, contending that the deal would contravene previous court orders and "significantly defeat the execution of the [arbitration] award in India". In December, it finally filed the ongoing contempt plea against the Singh brothers in Supreme Court, alleging that the duo and Indiabulls created fresh encumbrances on FHL shares despite the top court's previous orders against it, prompting the court to put the FHL-IHH deal on hold.

The third generation scions of a once-solid business house are also on the dock with the Securities and Exchange Board of India (Sebi) and Serious Fraud Investigation Office (SFIO) probing for financial mismanagement at other entities owned by them, including FHL and Religare Enterprises (REL). These probes also created a deep rift between the brothers, making for some headline-grabbing allegations.

On March 15, the markets watchdog ordered Religare Finvest and its parent REL to recall loans worth over Rs 2,315 crore that were diverted to the Singh siblings - who were among the promoters of REL at the end of December - and 21 other entities. Less than a week later, SEBI directed FHL and Fortis Hospitals Ltd (FHsL) to continue efforts to recover around Rs 403 crore that the Singh brothers, the former promoters, along with seven entities diverted for the ultimate benefit of parent company, RHC Holding Pvt Ltd, and Religare Finvest. RHC, incidentally, is the company through which the Singh brothers had made the Ranbaxy sale to Daiichi.

The regulator has reportedly given the brothers a three-month deadline to refund the money to the above entities. Meanwhile, the Economic Offences Wing (EOW) of Delhi Police booked them on the charges of cheating, criminal conspiracy and breach of trust two weeks ago. The FIR was filed on the complaint of Religare Finvest, which has already filed bankruptcy proceedings.