The gross debt of Tata Steel group increased 10.6 per cent to Rs 1.12 lakh crore in the first two quarters of this financial year. The net debt stood at Rs 1.07 lakh crore in September 2019 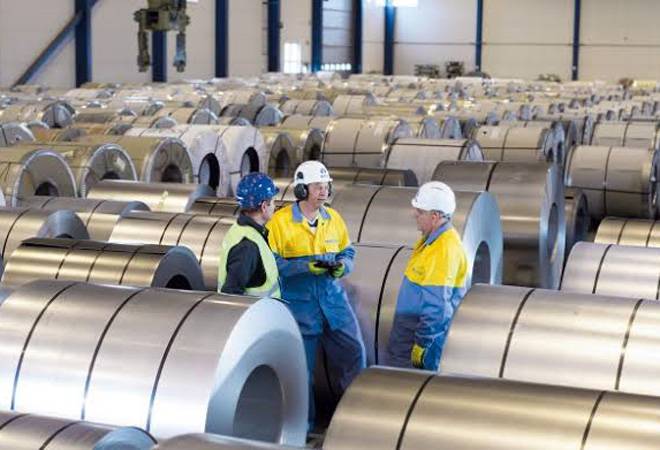 Tata Steel Europe (TSE), acquired by the Tatas for $12 billion in 2007, is in the process of selling its units piecemeal and planning to cut its workforce to counter the fall in European steel prices. The company plans to shut down Orb Electrical steels in South Wales, Wolverhampton Engineering Steels Service Centre in UK and Degels business in Germany, if they don't get any buyer. At the same time, Dutch media reported recently that the steelmaker plans to cut about 2,500 jobs, which is a quarter of its workforce, across Europe.

TSE made operational losses in nine out of the last 12 financial years, since Tata acquired Corus. In the second quarter, the sales volume of TSE has increased by 1.2 per cent, but revenue from operations decreased around 12 per cent to Rs 14,035 crore year-on-year. The earnings before interest, tax, depreciation and amortization (EBITDA) fell drastically to Rs 165 crore from Rs 1,105 crore in the same period last year. The EBITDA per tonne tumbled to Rs 720, compared to Rs 4,862 crore a year back.

The gross debt of Tata Steel group increased 10.6 per cent to Rs 1.12 lakh crore in the first two quarters of this financial year. The net debt stood at Rs 1.07 lakh crore in September 2019.

In the second quarter result announcement, the company stated that TSE has launched a transformation programme to make operations simpler, leaner and sustainable for long-term success. "During the quarter, it completed the sale of First Steel business, UK and Cogent Power Inc, Canada," it said. According to industry experts, the company is not likely to conclude the sale immediately as the demand of steel is shrinking in the region.

"In Europe, rising trade protectionism and overhang of Brexit continued to weigh on business confidence. Steel demand remained under pressure with continued weakness in key steel consuming sectors during the (second) quarter; margins declined with drop in steel prices as complete benefit of recent raw material price correction is yet to flow through," Tata Steel said in a statement.

Axel Eggert, Director General of the European Steel Association (EUROFER) recently said that the current downslide of manufacturing in the European Union is not likely to bottom out soon. "Escalating trade disputes between the US and several of its main trading partners and persistent uncertainty regarding Brexit could further impact the EU steel industry," he said.

TSE was depending on the proposed merger with Thyssenkrupp AG for the turnaround of the business. But, the EU's powerful anti-trust authority blocked the merger in May, saying the deal would have pushed up prices and reduced competition. The merger intended to create the second largest steel company in the continent behind multinational giant ArcelorMittal.

The company has a cumulative loss (excluding exceptional items) of about Rs 48,245 crore over the last 10 financial years. During the period, it made a operational profit only once - Rs 1,666 crore in 2010-11.

Tata Steel's new plan is to focus on the Indian market and cut losses in Europe. Almost 44 per cent of its 33 million tonne (MT) annual production is from overseas and with India accounting for the balance. It plans to divest its South East Asia operations (in Singapore and Thailand) and expand production only in India to 32 MT by 2025 from 18.5 MT now.