South Asian countries like Pakistan (94), Bangladesh (88), Sri Lanka (66) and Nepal (73) have fared better than India in terms of high-levels of hunger 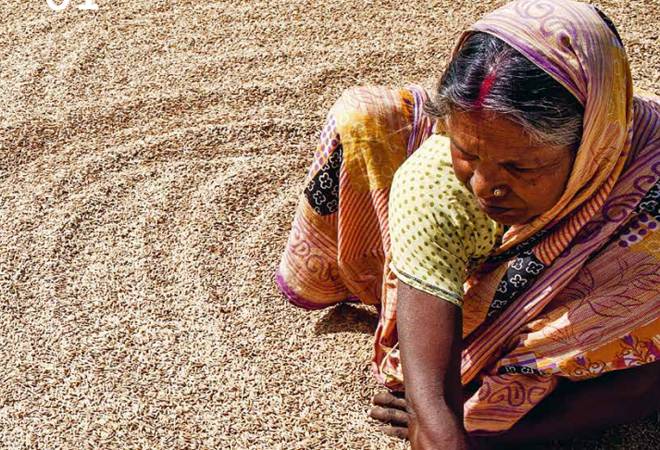 India is among 45 countries that have serious levels of hunger.

India has ranked 102nd among 107 countries in the Global Hunger Index (GHI). In 2018, India had ranked 55 among 77 nations listed in the GHI. South Asian countries like Pakistan (94), Bangladesh (88) and Sri Lanka (66) have fared better than India, says a report prepared by Welthungerhilfe and Concern Worldwide.

India's 'child wasting rate' (low weight for height) is extremely high at 20.8 per cent -- the highest wasting rate of any country, says the report. Child stunting rate in India, 37.9 per cent, is also categorised as "very high" in terms of its public health significance. In India, just 9.6 per cent of all children between 6 and 23 months of age are fed a minimum acceptable diet, it says.

This situation jeopardises the population's health and consequently, children's growth and development as their ability to absorb nutrients are compromised, it adds.

Lauding neighbouring countries like Nepal and Bangladesh, the report says they have made significant advances in child nutrition, and their experiences are instructive. The report says that a 2015 case study was conducted to look at how Bangladesh achieved decline in stunting from 58.5 per cent in 1997 to 40.2 per cent in 2011. "The study attributed the decrease primarily to rising household wealth associated with pro-poor economic growth and gains in parental education, as well as health, sanitation, and demographic factors reflecting decreased fertility rates," it adds.

Nepal's remarkable reduction in child stunting from 56.6 per cent in 2001 to 40.1 per cent in 2011 is also associated with increased household assets, increased maternal education, improved sanitation, and implementation and use of health and nutrition programs, including antenatal and neonatal care, says the report.