Das has been roped in to join the RBI amid a tussle between the government and the RBI over several issues, including the latter's autonomy, rich cash reserves, and liquidity crises. 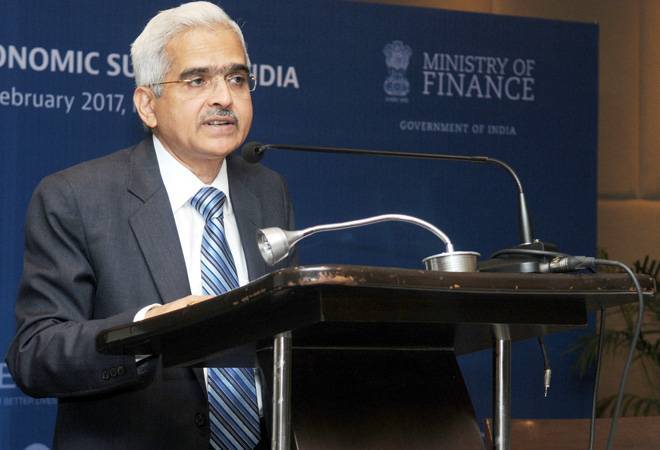 Shaktikanta Das was appointed as the new Governor of the Reserve Bank of India (RBI) a day after Urjit Patel's abrupt resignation. Das is a former bureaucrat who served at key posts during both the UPA and the NDA governments. He has been roped in to join the RBI amid a tussle between the government and the central bank over several issues, including the latter's autonomy, rich cash reserves, and liquidity crises in the economy.

Here are the five most important issues the new RBI Governor needs to address as he takes over the biggest financial institution in the country.

In India, NBFCs have been the largest net borrowers of funds from the financial system over the past few years. The proportion of mutual fund financing for NBFCs/HFCs has gone up to as high as 32-33 per cent while the supply from the banking channel has reduced to 39-44 per cent, according to Edelweiss. After the IL&FS crises, the NBFCs are finding it difficult to raise funds from banks, which has caused liquidity squeeze in the system.

While the RBI's stand on the issue so far is clear: it is for providing liquidity to the whole system than one particular segment of the economy. The NBFC sector provides for one-fourth of loans in the economy. Also, the government wants a healthy credit channel to the sector. The new RBI governor will have to ensure it finds a balanced solution to this problem.

The issue of cash reserves has become a major bone of contention between the Centre and the RBI. The problem emerged when in August, the finance ministry apparently proposed the RBI to transfer a surplus of Rs 3.6-lakh crore from its reserves to the government, to help address the fiscal deficit.

The government believes the cash reserves of the RBI, which is one of the most highly capitalised central banks in the world, are excessive compared to global benchmarks. It wants to use the excess cash majorly for capital infusion in banks so they can expand loan book and come out of the Prompt Corrective Action framework. While the government has denied eyeing the cash reserves of the RBI, it has consistently said it wants to fix the appropriate economic capital framework of the RBI. The new governor will have to find a middle ground.

Autonomy of the RBI

October 26, RBI Deputy Governor Viral Acharya stirred the hornet's nest with thinly veiled comments, suggesting government interference and loss of autonomy of the central bank. In his lecture, Acharya said the government was playing a T20 match while the regulator had a long-term test match like approach.

While many believe the government is trying to impinge upon the RBI's autonomy by acts such as eying its cash reserves, others say it is the RBI that is adamant and does not understand the fact that independence of an institution can't be ground for supremacy. In an emerging economy and democracy, the institutions have to balance each other, they say. Reports also suggest that this might be one of the reasons behind the resignation of Urjit Patel. It remains to be seen how Shaktikanta Das will manage the widening divide between the government and the RBI.

The Reserve Bank of India (RBI) is under pressure from the government to relax the norms of its Prompt Corrective Action (PCA) framework that has put the wide-ranging restriction on banks on lending. A total of 11 public sector banks (PSBs) are under the PCA framework, monitored by the RBI with lending restriction till they nurse back to good health.

The harsh PCA framework has not only put immense pressure on these banks but also on the government as the banks' credit capacity has dried. This is not good for the government politically either, especially when the 2019 Lok Sabha elections are just a few months away. The new governor will have address the problems of the lack of capital and deteriorating asset quality, while also ensuring the banks do not indulge in reckless lending mode.

The February-12 circular of the RBI, seeking mandatory insolvency proceedings for the debt servicing default beyond 180 days, was the most controversial one. Apart from that, the issue of softer rates has also caused tension between the government and the RBI. During the recent Monetary Policy Committee meeting, the high powered panel decided to maintain status quo on the repo rate, keeping it unchanged at 6.5 per cent. Since the parliamentary elections are approaching, the government wants the RBI to lower interest rates.

Many believe that despite the inflation being low for the past many quarters, the RBI's MPC has maintained a dovish approach in maintaining a strict stance on key rates. While these rates are decided by the monetary policy committee of the RBI, including the governor, it remains to be seen if Das is able to persuade them for a rate cut.

Fall of three BJP bastions has a message for PM Modi