Brutal torture of two victims by cops have shaken entire nation and many are comparing it with murder of George Floyd in the US, which led to global outrage over racism 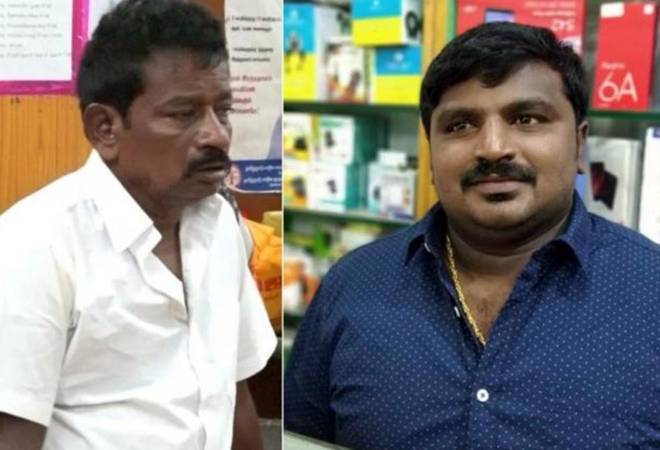 J Jayaraj, 59, and Bennicks Immanuel, 31, were subjected to a brutal thrashing

The CB-CID has arrested four more policemen in the Tuticorin custodial deaths case of Jayaraj and Bennicks after the arrest of a cop in the case on earning Thursday morning. These cops allegedly beat the father-son duo ruthlessly and allegedly sodomised them in police custody before they succumbed to injuries.

Among those who have been arrested are sub-inspector Balakrishnan, constables Muthuraj and Murugan and inspector Sridhar. Sridhar has been booked under Section 302 of the Indian Penal Code (murder). Earlier, SI Ragu Ganesh was suspended and arrested on Wednesday.

The brutal torture of the two victims by cops have shaken the entire nation and many are comparing it with the murder of George Floyd in the US, which led to the global outrage over racism.

After the arrest of Ragu Ganesh, residents of Sathankulam, Thoothukudi, were even seen bursting firecrackers.

"We have changed the charges to include murder charges. We are talking to other people and will take action post inquiry. In the preliminary investigation has led us to narrow down on four people. We will see how the case progresses," IG Shankar told India Today.

J Jayaraj, 59, and Bennicks Immanuel, 31, were subjected to a brutal thrashing, which resulted in rectal bleeding and eventual death, according to a letter to government officials written by Jayaraj's wife J Selvarani.

The Sathankulam police, in its first information report (FIR), said Jayaraj and Bennicks were picked up on June 19 (Friday) for breaching coronavirus lockdown rules. After they were allegedly subjected to brutal torture in custody, Bennicks died on Monday, while Jayaraj died on Tuesday. Tamil Nadu CM E Palaniswami has assured that action over this incident will be taken as per the law.