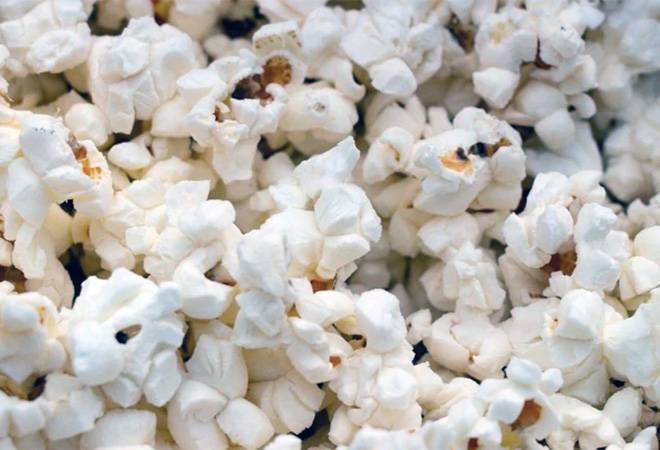 Since popcorns are a mass consumption item, they will weigh heavier on consumer pockets

After Parotas, a humble bag of ready-to-eat popcorn will now attract the 18% GST, clarified the Gujarat Authority of Advanced Ruling (AAR) recently.

Spouting a fresh debate on food items, the AAR held that since a corn packet is not a standard cereal and is already oiled and seasoned unlike a microwave popcorn packet that has to be heated before eating, it will fall under the 18% GST bracket.

Even as the Modi government introduced GST based on the premise of 'One Nation, One Tax' subsuming all other major Central and State taxes, businesses and customers across the country are still puzzled by several classification rules.

The ruling came after a Surat-based manufacturer of puffed corn (aka popcorn)- Jay Jalaram Enterprises - approached AAR to seek clarity on the applicable GST rate on the food item, according to a report published in the Times of India.

The company sells the ready-to-eat popcorn under the brand name 'JJ's Popcorn'.

While the manufacturer contended that its products should not attract a GST of more than 5%, the AAR held otherwise ruling that GST of 18% will be applied on ready-to-eat-popcorn.

The applicant stated that its popcorn product fell under Entry 50, tariff item 1005 of Schedule 1 of Notification 1/2017. What it basically means is that the foot item is sold as maize (corn) in a unit container with a registered brand name.

Thus, the company argued that the product should not attract more than a 5% GST rate. It also gave the reference of a Supreme Court judgement, which ruled that parched rice is the same as puffed rice. Jay Jalaram Enterprises asserted that the same logic should be applied to its product.

But, the authority concluded that since these (ready-to-eat) popcorns are prepared by heating raw corn/maize grains seasoned with other ingredients, such as salts, oil, and other seasonings, they don't remain a grain after the manufacturing process, hence the 18% GST should be levied on them.

Since popcorns are a mass consumption item, they will weigh heavier on consumer pockets.

Recently, a tribunal court held that ready-to-eat frozen parotas would be subject to a higher GST rate of 18% as compared to 5% for rotis and that they are not a staple food. The ruling came after a Bengaluru-based food manufacturer sought clarity on whether parotas can be categorised in the same classification as khakhara, roti, or plain chapatti.