After UP, dead bodies found floating in Ganga near Patna's Gulabi Ghat

Two days after the Bihar government fished out 71 dead bodies from the river in Bihar's Buxar district, residents spotted many bodies floating near the Gulabi Ghat in Patna 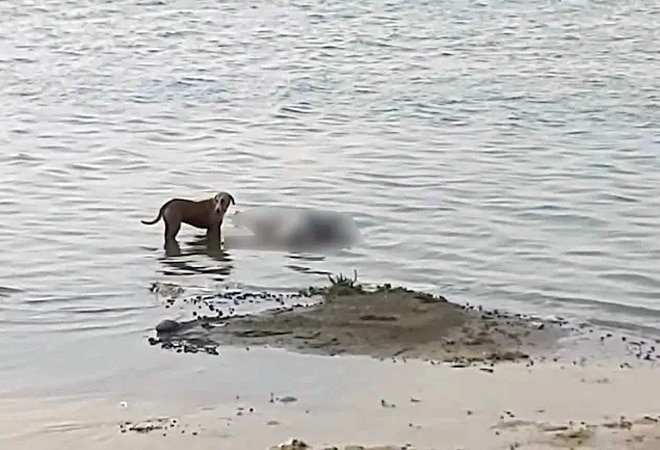 The district magistrate informed that teh bodies will be fished out of teh river and cremated with full rites. (Photo: India Today)

The frightful sight of floating bodies in the Ganga river was seen in Patna on Thursday, May 13. Two days after the Bihar government fished out 71 dead bodies from the river in Bihar's Buxar district, residents spotted many bodies floating near the Gulabi Ghat in Patna.

"A number of bodies, including a body of a child, have been found floating in the river Ganga. We are keeping a check to ensure that corpses are not dumped in the river in our district," Patna District Magistrate Chandrashekhar Singh told India Today.

The Gulabi Ghat on the Ganga river is used for carrying out cremation of bodies in Patna. Singh further stated that his office is ascertaining if the bodies were discarded in the river in Patna or someplace else. He also appealed to people not to dump bodies in the river. The district magistrate further informed that the bodies will be fished out and cremated. 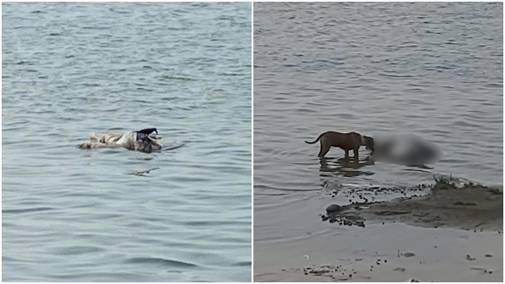 The Bihar government had on May 11 fished out 71 bodies from the Ganges in Buxar, eliciting doubt that the deserted corpses could be those of the coronavirus patients.

As per the Ballia residents in UP, at least 52 bodies were seen floating at the Bharauli, Ujiyar, and Kulhadia ghats in the Narahi area. However, the district administration did not divulge the precise number of corpses found there.

Hamirpur district residents, on May 10, spotted five bodies floating in Yamuna river, creating a panic situation in the area that these were the corpses of the coronavirus patients.

The corpses were later fished out and cremated. The Centre, subsequent to this, asked the states along the Ganga river to ensure stringent vigilance and check future incidences of people disposing bodies in the Ganga and its tributaries.