PM Modi, during 93rd annual general meeting of FICCI, says farmers can now sell produce anywhere and have option to now sell products digitally; the aim here is to increase the income of farmers of India, he adds 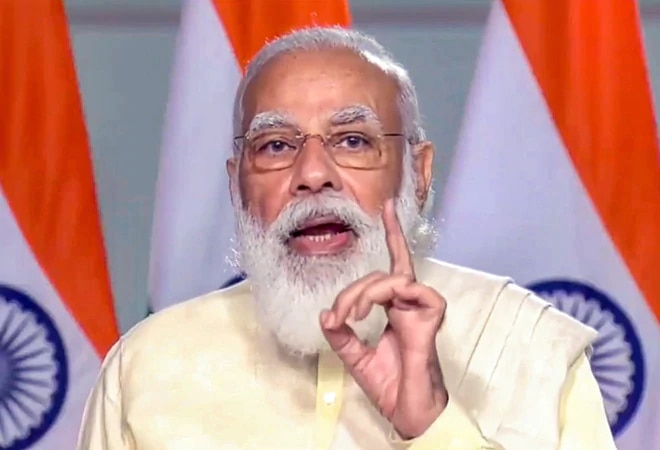 Prime Minister Narendra Modi, while inaugurating the 93rd annual general meeting of FICCI via video conferencing on Saturday, said agri reforms will break  barriers in agriculture and allied sectors. He said agriculture sector has become more vibrant after these laws were enacted in India. With the passing of these agri-marketing laws, farmers can sell produce anywhere, including online, he said.

PM Modi said with the agri reforms, the age-old barriers in agriculture will be unshackled and ultimately farmers will benefit as they will be able to sell produce to private players.  "Now Farmers can sell their produce anywhere. Farmers have the option to now sell their product digitally. The aim here is to increase the income of farmers of India," he said. The PM said rural India is seeing a huge turnaround under the current government, with active internet in rural areas now accounting for more than urban India.

Notably, around 50,000 farmers from different states have been camping at Delhi's Singhu, Tikri, Ghazipur and Chilla (Delhi-Noida) border points for nearly two weeks to demand a repeal of the farm laws enacted in September. Talks between the government and protesting farmers remained unfruitful on December 9 after which the farm unions called for December 14 protest.

He said the pandemic that began in February-March was an unknown enemy when it struck India and the world early this year. "There were a lot of uncertainties - be it production, logistics, revival of economy - there were multiple issues. The question was, how long will this go on? How will things improve?"

The PM said now the situation has changed. "We have answers as well as a roadmap. The economic indicators today are encouraging," he added.

The PM said the things learnt by the nation at the time of crisis have further strengthened the resolutions of future. The faith the world placed on India in the last six years has further strengthened in the past few months, he said.  "Be it FDI or FPI - foreign investors have made record investments in India and are continuing to do that."

Talking about the Centre's Atma Nirbhar Bharat campaign, PM Modi said policies of past promoted inefficiency in many sectors and stopped new experiments. However, Atma Nirbhar Bharat Abhiyan promotes efficiency in every sector, he added. "Emphasis is being laid to re-energise technology-based industries in sectors in which India has a long term competitive advantage," he added.