The commissioner said that these cases were detected between February 15 and 22, following which nine mobile teams were deployed and 500 RT-PCR samples were taken 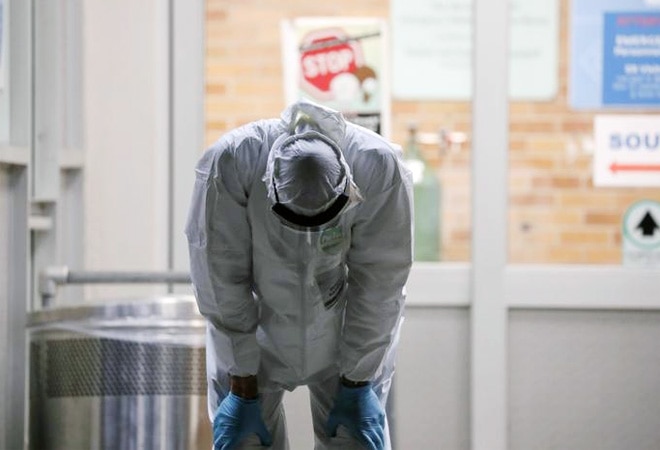 COVID-19 in India: Spurt in cases in Karnataka

Another coronavirus cluster -- the third -- has been detected in Bengaluru in a matter of less than 10 days. Bruhat Bengaluru Mahangara Palike Commissioner N Manjunath Prasad said on Monday that 10 cases were detected in an apartment complex in the city in Bellandur area.

The commissioner said that these cases were detected between February 15 and 22, following which nine mobile teams were deployed and 500 RT-PCR samples were taken. The results are expected today.

Meanwhile, the first cluster was detected on February 13 at Manjushree Nursing College near Kaval Byrasandra in the city. As many as 210 students were tested and 42 were found to be positive. Most of these students were from Kerala.

On February 15, another cluster was found in an apartment complex in Bommanahalli. As many as 104 residents of the complex were found positive, with 96 of them above the age of 60 years. The apartment had 1,052 people.

Karnataka reintroduced stricter measures as the state saw a sudden increase in coronavirus cases. The new rules said that if there are five or more cases of coronavirus in places such as hostels and educational institutions, then those would be declared containment zones. Additional measures including retesting after seven days would be undertaken. The state has also said that all those arriving from Kerala and checking into hotels, homestays, resorts, hostels will require a compulsory negative RT-PCR certificate, not older than 72 hours.

Moreover, there has been a sudden spurt in the number of cases in particularly five states -- Maharashtra, Kerala, Tamil Nadu, Karnataka and Punjab.