Anti-Citizenship Amendment Bill protests: During the press briefing, Jamia VC Akhtar appealed to everyone to not believe in any kind of rumours. She also called the Sunday incident unfortunate 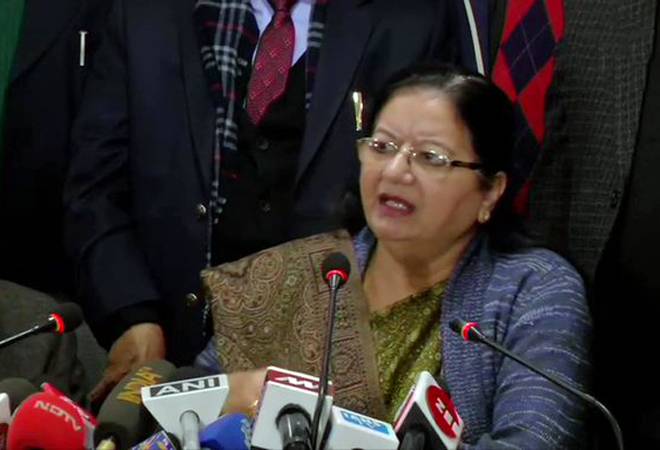 Jamia Milia Islamia University Vice Chancellor Najma Akhtar told media in a press briefing that the university would file an FIR against the Delhi Police against its forced entry into the campus. She also said that they wanted a high-level inquiry against the conduct of the police against students who were protesting the Citizenship Amendment Act on Sunday.

"We will file an FIR against the entry of Police in our university campus. You can rebuild the property but you cannot compensate for the things the students went through. We demand a high level inquiry," said the Jamia VC.

The VC also quelled rumours of the death of two Jamia students in the clashes between Delhi Police and the students over protests over the Citizenship Amendment Bill.

"There has been a strong rumour that two students died, we deny this totally, none of our students died. About 200 people were injured of which many were our students," said Jamia VC Najma Akhtar.

Delhi Police has filed two cases against the students who took to the streets to protest against the CAB. The cases filed are for arson and rioting and damaging public property.

The alumni association of Jamia university has filed a plea over the students' detention by the police.

As support pour in for Jamia students, students of the Maulana Azad National Urdu University (MANUU) Hyderabad have also started demonstration against the Citizenship Amendment Act. Meanwhile, students in Nadwa College in Lucknow also staged a protest on Monday demanding the scrapping of newly enacted CAA.