Article 370: Without naming China's far western region of Xinjiang, which is facing a major uprising, Modi government reminded Beijing of their own internal issues and said that as per policy, India does not interfere in the affairs of other countries, and expects other countries to do likewise 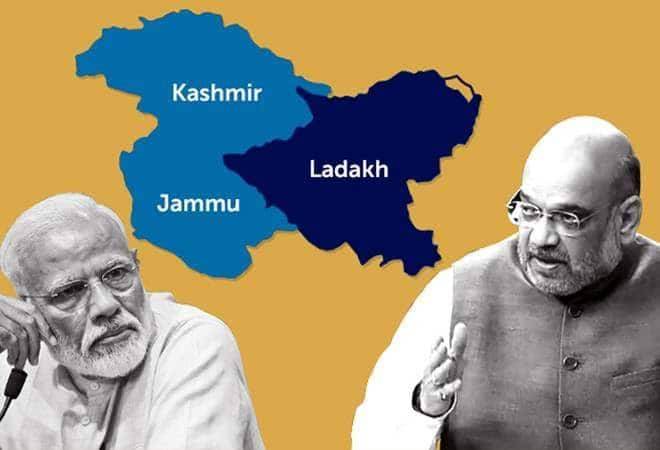 India on Tuesday reacted strongly to a Chinese statement on New Delhi's decision to revoke Article 370 of the Constitution which gave special status to Jammu and Kashmir, and reminded Beijing that the matter was "internal" to India. China has expressed its concerns about the current situation in Kashmir and also opposed the move to make Ladakh a separate Union Territory.

Without naming China's far western region of Xinjiang, which is facing a major uprising, Modi government reminded Beijing of their own internal issues and said that as per policy, India does not interfere in the affairs of other countries, and expects other countries to do likewise.

Reacting sharply to China's statement, Ministry of External Affairs Spokesperson Raveesh Kumar said "The Jammu and Kashmir Reorganization Bill 2019, introduced by the Government in Parliament on 5 August, which proposes the formation of a new "Union Territory of Ladakh" is an internal matter concerning the territory of India. India does not comment on the internal affairs of other countries and similarly expects other countries to do likewise."

According to a PTI report, Chinese Foreign Ministry spokesperson Hua Chunying had voiced "serious concern" over the situation in Kashmir.

Hua, in a written response to queries on the exchange of fire along the Line of Control and the Indian government's move to revoke Article 370, said, "China is seriously concerned about the current situation in Kashmir... China's position on the Kashmir issue is clear and consistent. This issue is a legacy of history between India and Pakistan, which is also the consensus of the international community."

"The parties concerned should exercise restraint and act with caution, especially to avoid actions that unilaterally change the status quo and exacerbate tension," she added.

China also expressed its opposition to India's move to create a separate Union Territory of Ladakh, saying that there are areas of dispute between the two nations which, according to Beijing, affects China's territorial integrity and sovereignty. It is "unacceptable and void", said the Chinese foreign ministry.

Responding to China's statement, India clarified that it is committed to resolving "boundary question" mutually in a peaceful manner.

"So far as the India-China Boundary Question is concerned, the two sides have agreed to a fair, reasonable and mutually acceptable settlement of the boundary question on the basis of the Political Parameters and Guiding Principles for the Settlement of India-China Boundary Question. Pending such a settlement, both sides have agreed to maintain peace and tranquillity in the border areas on the basis of the relevant agreements", said the Indian MEA spokesperson.

This is the second statement issued by China on the Kashmir issue in recent weeks. Earlier on July 26, China had asked India and Pakistan to exercise restraint and said they should peacefully settle the Kashmir issue and other disputes through dialogue and expressed its support to the international community, including the US, in playing a "constructive role" to improve ties between the two countries.

The development comes just a week ahead of S. Jaishankar's first visit to Beijing after assuming charge as External Affairs Minister of India. Jaishankar will travel to China on August 11 on a three-day visit ahead of the second informal summit between Prime Minister Narendra Modi and Chinese President Xi Jinping in India in October.