FIEO says the bold step by the government will allow flow of investments into the state in sectors such as tourism, real estate, carpets, handicrafts, sports goods, horticulture and food processing 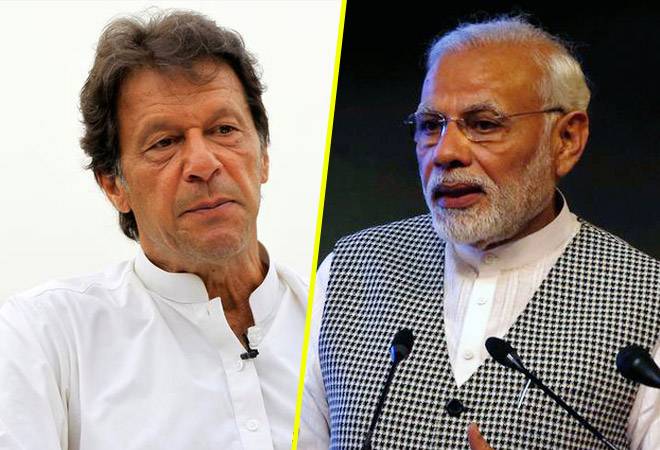 The Indian industry has expressed hopes the economic activity would kickstart in the region soon.

Even as Pakistan has decided to downgrade its diplomatic relations and suspend bilateral trade with India over Kashmir issue, Indian industry has rallied behind Prime Minister Narendra Modi-led government and expressed hopes to kick start economic activity in the region. Federation of Indian Export Organisations (FIEO), Federation of Indian Chambers of Commerce and Industry (Ficci) and Confederation of Indian Industry (CII), in separate statements, have lauded the government's move to bring in changes in the structure of governance in Jammu and Kashmir.

"The suspension of trade relations will hit Pakistan more badly as India is less dependent on Pakistan while latter is more. India's goods exported to Pakistan have limited profile as Pakistan has not given MFN status to India and such goods have a ready market in South Asia and Middle East," says Sharad Kumar Saraf, president, FIEO. "Scrapping Article 370 will not only bring in huge trade and business opportunities for both the regions but will also help get the troubled region to stand on its feet," added Saraf.

FIEO Chief said that this bold step by the government would allow flow of investments into the state in sectors such as tourism, real estate, carpets, handicrafts, sports goods, horticulture and food processing and will also help in promoting trade and commerce, especially exports of these products and services from the region.

"Jammu and Kashmir including Ladakh are an area of strong potential for development as it enjoys a range of natural resources and immense talent. Strong and dedicated efforts from the government, trade and industry including handholding of local businesses is the need of the hour today to further help push its growth rate and create new jobs and livelihoods in the region. This multiplier effect would increase the employment opportunities and contribute to India's overall prosperity and growth & development of the country," said Saraf.

FIEO President further added that opportunities, which exist in other key sectors include pharmaceuticals, IT/ITeS, electronics and leather. Shortcomings with regard to post-harvest food processing of apples, saffron, almond, walnut and other fruits and dry fruits. Meanwhile, the acute lack of health care and educational facilities in the state mainly due to lack of private sector participation will soon be overcome by this bold step taken by the government.

FIEO also announced its plans to handhold the exporting community of J&K and Ladakh. FICCI congratulated PM Modi and Shah for their unflinching resolve towards growth of J&K. "We expect this move will bring in greater stability and improved governance in the region, which will support fresh investments," said Sandip Somany, President, FICCI.

"FICCI has been supporting the industries in J&K, and is committed to the industrial growth of J&K and Ladakh. We will support and bolster all the initiatives taken by the government for the industrial development of the two Union Territories and will also play a major role in channelising fresh investments in J&K and Ladakh," added Somany.

FICCI has already been working to promote areas such as tourism, food processing and skill development in J&K. The chamber will not only enhance the level of activities in these areas going ahead, but also expand its domain to new sectors which are looking at openings in the two UTs. "The idea is to promote extensive sharing of potential business opportunities. We will focus on creating an effective mechanism for businesses across the country to look at J&K and Ladakh as an attractive investment destination," said Somany.

Horticulture and Floriculture, Hydro-power, Information Technology and IT-enabled services are some of areas where J&K can attract big investments, said Ficci. CCI, meanwhile, has recommended a ten-point policy agenda for the growth in the region. The agenda relates to sustainable industrial growth, a better investment climate and boosting specific sectors such as tourism, infrastructure and connectivity, agriculture and horticulture, and renewable energy, among others.

"Jammu & Kashmir is an area of strong potential for development as it enjoys a range of natural resources and immense talent," stated Uday Kotak, President Designate, CII in a press release on the conversion of the state into two union territories. "The region's per capita NSDP at Rs 63,995 stands at about 55 per cent of the national average, and agriculture accounts for 80 per cent of the output. Strong efforts from the government and industry, including local businesses, are the need of the hour to raise its growth rate and create new opportunities for employment and livelihoods," he added.

"Strengthening MSME, improving access to finance and elevating education and skill development will be central to the progress of the hard-working people of the region. With the recent significant changes, investment and land purchases for industrial and social development shall be possible, as we look forward to economic prosperity," CII said. CII is in process to partner with the local government in organising an investor's summit in J&K to attract investments.