The Government of Pakistan has decided to downgrade diplomatic relations with India, suspend bilateral trade, review bilateral arrangements and take the matter of Kashmir to the UN, including the Security Council 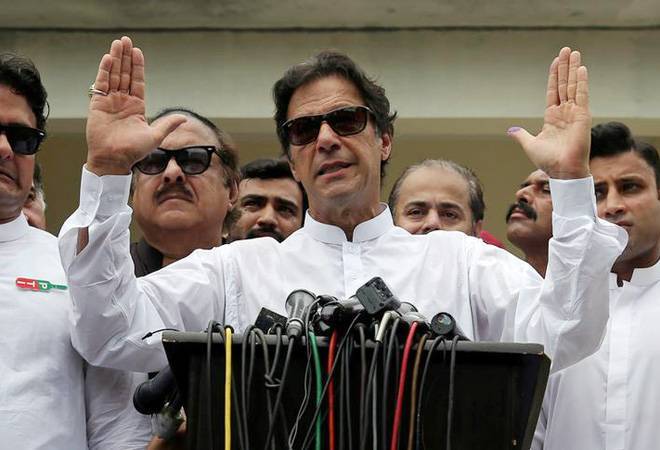 A day after Indian government scrapped Article 370, which gave special status to Jammu and Kashmir, Pakistan on Wednesday said that it will be downgrading diplomatic relations with India. It has said that it will be expelling the Indian High Commissioner and suspending bilateral trade with New Delhi.

"Our ambassadors will no longer be in New Delhi and their counterparts here will also be sent back," Foreign Minister Shah Mahmood Qureshi reportedly told a local news agency.

The move is being seen as retaliation to India's removal of special status to Jammu and Kashmir and bifurcation of the state into two union territories. The decision was made in a meeting of the National Security Committee (NSC), headed by Pakistan Prime Minister Imran Khan, which comprised Pakistan's top civilian and military leadership. The committee "discussed situation arising out of unilateral and illegal actions by Indian government, situation inside Indian-occupied Kashmir and along LoC".

Prime Minister directed that all diplomatic channels be activated to expose the brutal Indian racist regime and human rights violations.

As per the official Twitter account of the Government of Pakistan (@pid_gov), the NSC has decided to downgrade diplomatic relations with India, suspend bilateral trade, review bilateral arrangements and take the matter of Kashmir to the United Nations, including the Security Council.

A tweet by Pakistani government read that PM Imran Khan has "directed that all diplomatic channels be activated to expose the brutal Indian racist regime and human rights violations". He directed Armed Forces to continue vigilance, it said.

"The issue of Kashmir is a problem of humanity, human rights and freedom which the world needs to recognise. The atrocities and oppression on the people of India-occupied Kashmir are being highlighted by international media," read the tweet.

Commenting on the development, TCA Raghavan, former Indian High Commissioner to Pakistan reportedly said that trade relation between India and Pakistan unfortunately has never been of a large volume.

Senior BJP leader R Madhav told news agency ANI, "Indian Parliament had taken a decision about Article 370 in J&K and that's an internal matter. No other nation has locus standi to comment on this."