Arun Jaitley death: From student leader in the 70s to India's biggest reformer

Arun Jaitley death: He was an Akhil Bharatiya Vidyarthi Parishad (ABVP) student activist at Delhi University in the 70s and became President of the University Students' Union in 1974 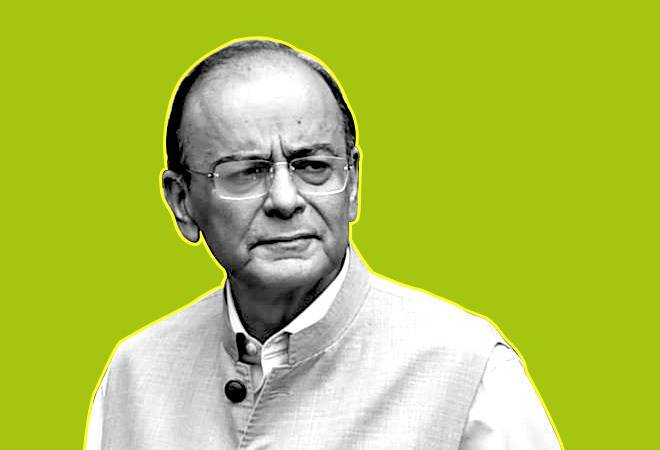 Arun Jaitley death: The 66-year-old BJP stalwart, who was suffering from diabetes, had developed major kidney complications in 2018.

Former finance minister Arun Jaitley, who died at the All India Medical Institute of Sciences on Saturday August 24, was struggling with illness for a long time. The 66-year-old BJP stalwart, who was suffering from diabetes, had developed major kidney complications in 2018. He underwent kidney transplant surgery at the All India Medical Institute of Medical Sciences (AIIMS), Delhi, on May 14, 2018. Due to his health issues, Arun Jaitley even opted out of the Modi 2.0 Cabinet, despite being the top troubleshooter in the previous BJP government.

What illness was Jaitley fighting?

Arun Jaitley was a diabetic patient for a long time. In September 2014, he underwent bariatric surgery to correct the weight he gained because of a long-standing diabetic condition. He also developed kidney complications for which he was treated in 2018. Apart from his kidney problems, Jaitley was diagnosed with a rare form of soft-tissue sarcoma in January and remained hospitalised in New York, US, for several days. He was again admitted to AIIMS on August 9 due to some breathing problems. On August 16, as Jaitley's condition worsened, he was put on ECMO, also called life support. The Extra-Corporeal Membrane Oxygenation is a technique in which doctors provide prolonged cardiac and respiratory support to the patient whose heart and lungs fail to provide sufficient gas.

Arun Jaitley was born on December 28, 1952, to Maharaj Kishen Jaitley and Ratan Prabha Jaitley. His father was a lawyer. Arun Jaitley did his schooling at St Xavier's School, New Delhi, from 1960-69, and graduated in commerce from Shri Ram College of Commerce in 1973. He also did his law degree from the University of Delhi in 1977. Arun Jaitley married Sangeeta, daughter of former Jammu and Kashmir finance minister Girdhari Lal Dogra, on May 24, 1982. They have two children, Rohan and Sonali. Jaitley's both children are lawyers by profession.

Jaitley's days as a student politician

Arun Jaitley was an Akhil Bharatiya Vidyarthi Parishad (ABVP) student activist at Delhi University in the 70s and became President of the University Students' Union in 1974.

Also read: Arun Jaitley passes away in Delhi, was undergoing treatment at AIIMS since August 9

After doing his LLB, Arun Jaitley started his law practice in the Supreme Court and several high courts in 1977. In January 1990, he was designated as a Senior Advocate by the Delhi High Court. He was also appointed Additional Solicitor General in 1989. He was a delegate on behalf of the Indian government to the United Nations General Assembly Session on June 1998 where the Declaration on Laws Relating to Drugs and Money Laundering was approved.

He started his major political journey in 1991 when he joined as a member of the national executive of the Bharatiya Janata Party. On October 13, 1999, Arun Jaitley was appointed the Minister of State for Information and Broadcasting (Independent Charge) in the Vajpayee government. He was also appointed Minister of State for Disinvestment (Independent Charge), a new ministry created for the first time to give effect to the policy of disinvestments. He also took additional charge of the Ministry of Law, Justice and Company Affairs on 23 July 2000. Later, Jaitley became a cabinet minister in November 2000 and simultaneously took charge of the Minister of Law, Justice and Company Affairs and Shipping. He was also chosen as the Leader of the Opposition in Rajya Sabha on June 3, 2009.

Jaitley, the lawyer-turned politician was an important part of Prime Minister Narendra Modi's Cabinet in the BJP government's first term. Before opting out of the new Modi government in 2019, he looked after the Ministry of Finance, and the Ministry of Corporate Affairs. He was also the Minister of Defence 2014-2017, and the Minister of Information and Broadcasting from 2014-2016. Arun Jaitley's biggest achievements as the finance minister in Modi Cabinet were the successful implementation of Goods and Services Tax (GST) and Insolvency and Bankruptcy Code (IBC), both of which formalised the Indian economy. He also laid the roadmap for direct tax reforms and extensively worked toward opening up the economy by easing out foreign direct investment (FDI) rules. Besides, Jaitley was instrumental in bringing in several changes in the company law, bank recapitalisation process, monetary policy framework, etc.

Arun Jaitley: Master of the art of making friends and influencing people