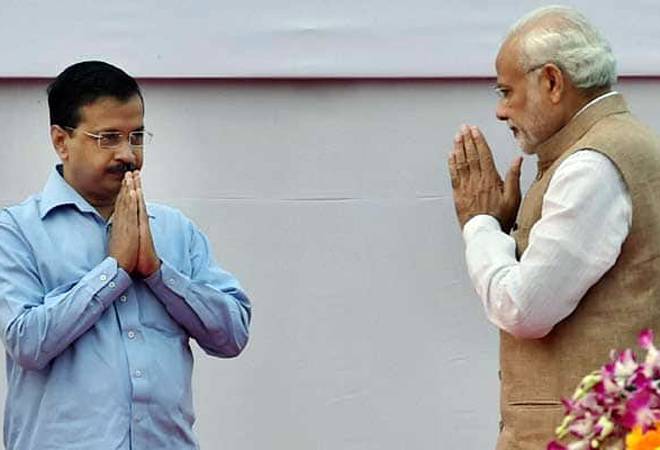 Delhi Chief Minister Arvind Kejriwal will meet Prime Minister Narendra Modi at 11 AM on Tuesday. This will be their first meeting after Kejriwal took charge as Delhi's CM for the third time in February.

Kejriwal had invited PM Modi for his oath ceremony held on February 16, but the PM could not attend as he was in his parliamentary constituency Varanasi to inaugurate various projects. However, he congratulated Kejriwal on Twitter. "I congratulate Shri Arvind Kejriwal on taking oath as Delhi's CM earlier today. Best wishes to him for a fruitful tenure," the Prime Minster wrote.

The Delhi CM had replied saying: "Thank you for the warm wishes sir. I wish you could come today, but I understand you were busy. We must now work together towards making Delhi a city of pride for all Indians."

"Meeting with HM Amit Shah was positive and it was decided that all parties will take steps to restore peace," he told reporters after the meeting. "The police are doing their bit and HM has assured that whatever force is needed, will be provided," Kejriwal said.

On February 23, communal clashes erupted in Northeast Delhi, in which 47 people have died and 200 suffered injured. The Delhi Police have registered 254 FIRs and arrested 903 people in connection with the violence.