This Sunday, thinking of giving up my social media accounts... Will keep you all posted, the Prime Minister posted on Twitter 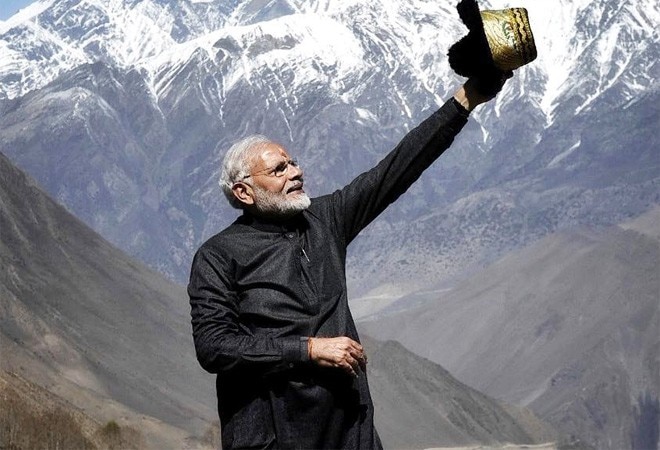 Prime Minister Narendra Modi, known for reaching out to masses through social media, is the first Indian to have over 50 million followers on Twitter. He is the third global leader to achieve the milestone after US president Donald Trump and his predecessor Barrack Obama.

Modi joined Twitter in January 2009, when he was the Chief Minister of Gujarat. At that point of time, only a few politicians, including Congress leader Shashi Tharoor, were active on the micro-blogging site.

Taking a jibe at PM Modi's plan, Congress leader Rahul Gandhi suggested him to give up hatred, rather than social media accounts.

Give up hatred, not social media accounts. pic.twitter.com/HDymHw2VrB

Meanwhile, Amruta Fadnavis, wife of former Maharashtra Chief Minister Devendra Fadnavis, said she will follow in the footsteps of her leader.

Sometimes it’s the smallest decision that can change our life forever ! I will follow the path of my leader !! https://t.co/D7l1iZcosS

In less than 30 minutes, more than 18,000 twitterites retweeted PM Modi's post, while over 56 million people liked his post. Adding to it, PM Modi's tweet had evoked more than 36,000 replies.

Trump, who visited India last week, said that Prime Minister Narendra Modi is "number two" on Facebook in terms of followers and that he is number one as told to him directly by Facebook CEO Mark Zuckerberg.