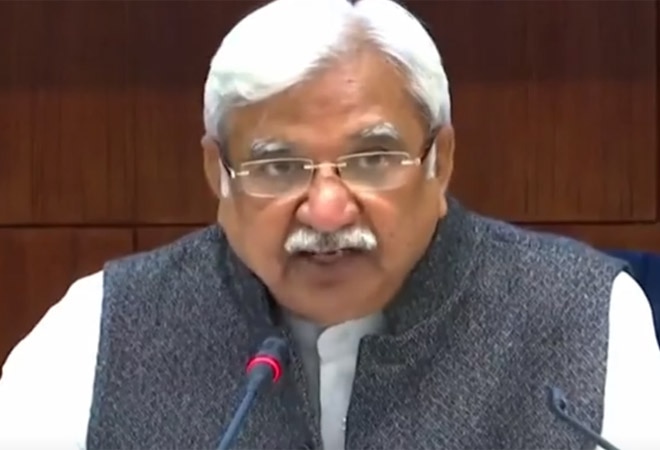 The Election Commission has announced the poll dates for assembly elections in West Bengal, Tamil Nadu, Kerala, Assam and Puducherry

The Election Commission of India (ECI) announcing the Assembly elections dates for polls in four states and a UT on Friday, February 26. These are Tamil Nadu, Kerala, West Bengal, Assam, and Puducherry. They will go to the polls in April-May. The polls in these states are being held after the Bihar assembly elections last year, in which BJP, along with JDU, formed the government. During the presser today, the Election Commission may also announce measures to be taken in the run-up to the polls in these states as coronavirus scare looms large in many cities.

Puducherry Assembly elections for 30 seats will be conducted on April 6, along with Kerala and Kerala.

5.29 pm: Bengal Assembly elections to be held in eight phases

5.27 pm: Assembly polls in Tamil Nadu and Kerala to be held on April 6.

5.25 pm: Assembly poll election results for all states to be out on May 2

All seats of the state's assembly will go to polls in a single phase on April 6.

5.19 pm: Assam elections to be held in three phases: CEC

Assam polls will be held in three phases, CEC Sunil Arora said. He added that the first phase will be held on March 27, date of counting is May 2.

All political parties will publish details of criminal antecedents of their candidates in the local newspaper, website, and channel, CEC Sunil Arora said.

CEC Sunil Arora said that the model code of conduct will come into effect as soon as the election dates are announced.

The Election Commission has permitted the postal ballot only for sick, senior citizens, and essential service employees. CEC Sunil Arora said that the time for polling has been increased by one hour uniformly to make sure that people can cast their votes while maintaining social distancing at polling stations.

CEC Sunil Arora said during the presser that the roadshows will be allowed during the canvassing by parties provided the convoy is broken after every five vehicles. However, the final decision will rest with the local CEO.

CEC Sunil Arora said that the rollout of the inoculation drive has helped ensure a positive poll environment and has boosted the electorates' faith in the process.

CEC Sunil Arora paid tributed to corona warriors. He added that the pandemic threw open a dilemma before the election bodies across democracies on how to manage the democratic rights of people alongside taking care of their health. Arora further stated that Bihar elections were a "litmus test" for the Election Commission, but the "electorate of the state reposed faith in us."

The Congress party will hold a presser at 5 pm, after the EC will announce the poll dates for five assembly elections in Bengal, Assam, Kerala, Puducherry, and Tamil Nadu.

Chief Election Commissioner Sunil Arora, including EC team, has reached the Vigyan Bhawan in New Delhi for the presser.

You can catch all the live updates on BusinessToday.In. You can also tune into India Today or Aaj Tak TV channels. You can also log on to IndiaToday.in and aajtak.in. Besides, eci.gov.in/live will also broadcast the ECI press conference.

I am pleased to announce a HIKE in the wages of daily wage workers under WB Urban Employment Scheme:

3.50 PM: The decision to announce Assembly election dates came after a meeting of the ECI officials on Wednesday in which they finalised the dates for the elections. During the meeting chaired by Chief Election Commissioner Sunil Arora, the officials discussed the security deployment requirement, social distancing norms and details about the polling infrastructure in these states.