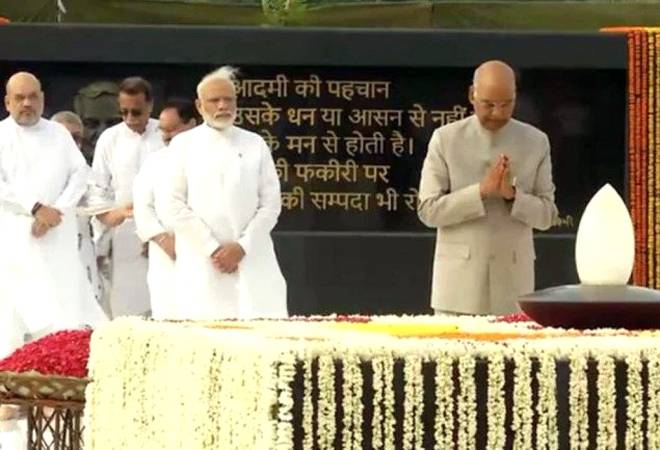 The BJP stalwart had breathed his last on August 16 last year. President Ram Nath Kovind, Prime Minister Narendra Modi, Home Minister Amit Shah and members of Vajpayee's family were present to remember one of the tallest leaders and founder member of the party.

Vajpayee's dauther Namita Kaul Bhattacharya and granddaughter Niharika were present at his memorial. Hymns and devotional music was being played at Vajpayee's memorial which was dedicated to the nation in December last year.

He successfully led the National Democratic Alliance (NDA) government from 1998-2004. He served as Prime Minister thrice- first for a brief period of time in 1996 and went on to serve for two terms between 1998-2004.

He was also decorated with Bharat Ratna in the year 2014. Vajpayee's birthday on December 25 is celebrated as 'Good Governance Day' by BJP.

Also Read:Atal Bihari Vajpayee: A sneak peek into the life of a statesman