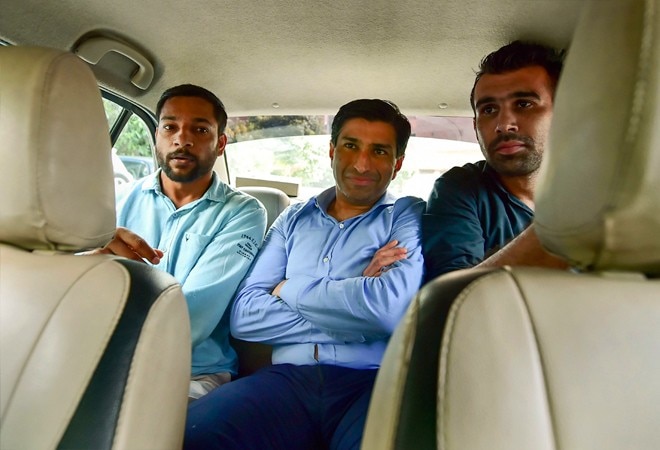 Justice Rajnish Bhatnagar listed the matter for hearing On April 27.

When the plea came up for hearing, a junior counsel for ED sought a passover saying the Additional Solicitor General will be available for arguments post lunch.

However, senior advocate Rajiv Nayar and lawyer Vijay Aggarwal, representing Puri, said they will not be available post lunch after which the court listed the matter in April.

The Enforcement Directorate (ED) has challenged a trial court's December 13 last year order by which Puri was enlarged on bail on a personal bond of Rs 5 lakh with two sureties of like amount.

He was earlier granted bail in the AgustaWestland chopper deal case.

While granting bail in the bank fraud case, the trial court had directed him not to leave the country without its prior permission and to join the probe as and when called for.

He was also asked by the court not to influence the prosecution witnesses or tamper with the evidence in any manner.

"In fact, the entire record of the accused company is in the custody of the official liquidator. Thus, the apprehension of the probe agency that the applicant would tamper with the evidence appears to be far-fetched," it had said.

The ED, in its plea before the high court, contended the trial court erred in holding that the agency's apprehension that Puri would tamper with the evidence appears to be far-fetched.

"The relevant records/documents are not available with the official liquidator and are in fact now accessible to the respondent (Puri) and vulnerable to tampering," it said and sought setting aside of the trial court's bail order.

The ED had in November last year filed a charge sheet against Puri and his company Moser Baer.

It had arrested Puri on August 20 last year in the case, which emerged from a Central Bureau of Investigation (CBI) FIR of August 17 last year.

Puri, his father Deepak Puri, mother Nita (Nath's sister) and others were booked in connection with the Rs 354 crore bank fraud case file by the Central Bank of India.

Puri was arrested under the Prevention of Money Laundering Act (PMLA) in the bank fraud case after he appeared before the central probe agency in the VVIP chopper scam.

The court had on December 2 last year granted bail to Puri in the AgustaWestland money laundering case while directing him not to "tamper with evidence" or "try to contact or influence the witnesses".

Delhi Election Results: How and when to watch results; live streaming on AajTak, India Today

Supreme Court order on reservation: All you need to know