Towards the end of the year, lawyers of all the six district courts in national capital went on a strike for two weeks after advocates and Delhi Police personnel clashed at Tis Hazari Court Complex on November 2 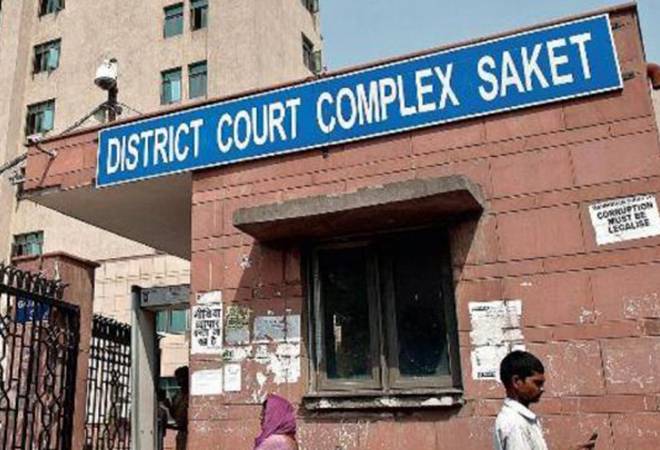 Chidambaram was finally able to walk out of jail on December 4, after 105 days in custody, as by the apex court granted him bail in the INX Media money laundering case filed by the Enforcement Directorate.

The 74-year old former Finance Minister had been in custody since August 21 when he was arrested by the CBI in the INX Media corruption case. The ED arrested him on October 16.

A 7-time MLA in Karnataka, the 57-year old Shivakumar was arrested by the ED for alleged offences under PMLA on September 3 and was granted bail on October 23 by the Delhi High Court.

In another high profile case, a Delhi court granted anticipatory bail to Vadra in a money laundering case. It directed him not to leave the country without prior permission, among other conditions.

Delhi trial courts attracted national attention when Sengar was given life term for raping a minor girl in Unnao in 2017, underlining he will remain in jail for "remainder of his natural biological life".

The court also imposed an exemplary fine of Rs 25 lakh on him for the "depraved act" of a "democratic functionary" which led to erosion of citizens' faith in him.

The hearing commenced in the case after it was transferred on February 7 from a local court in Muzaffarpur to a POCSO court at Saket district court complex on the Supreme Court's directions. The trial court has reserved the verdict for January 14.

Delhi Police filed a charge sheet against former JNUSU president Kanhaiya Kumar and others, saying he had raised anti-India slogans in 2016 "to incite hatred and disaffection towards the government". The case, however, could not move further because after filing the final report police failed to get the requisite sanctions to prosecute Kumar.

Towards the end of the year, lawyers of all the six district courts here went on a strike for two weeks after advocates and Delhi Police personnel clashed at Tis Hazari Court Complex on November 2. The violence left at least 20 police personnel and several advocates injured.

Thousands of police personnel laid siege outside the police headquarters for 11 hours on November 5 and staged a virtual revolt sparked by two attacks -- the other one at Saket district court complex on November 4 -- on their colleagues by lawyers.

Businessman Puri had a hard time in 2019 on being arrested by the ED in two cases of money laundering -- the AgustaWestland VVIP chopper scam and bank fraud -- and was able to come out of jail only after four months on secured bail in both the cases.

Other businessmen who faced the court's ire were Malvinder Singh and his brother Shivinder who were arrested by Delhi Police for allegedly misappropriating funds of Religare Finvest Ltd (RFL), and later by the ED in a related money laundering case. They are in judicial custody in both cases.

Corporate lobbyist Deepak Talwar, deported from Dubai on January 30, was arrested by the CBI and the ED in several cases, which included the one where he acted as a middleman in negotiations to favour foreign private airlines, causing loss to national carrier Air India.

The other is related to the purchase of 43 aircraft by erstwhile Indian Airlines from France's Airbus Industrie in 2005. He is in the ED custody in a money laundering case related to receiving foreign funding illegally. The case is before the courts here.

A Delhi court also conducted the trial in a case of criminal defamation filed by Akbar against a female scribe on her sexual harassment allegations against him in as part of #MeToo movement.

Another case which made the headlines was the criminal defamation complaint filed by Vivek Doval, son of National Security Advisor (NSA) Ajit Doval, against senior Congress leader Jairam Ramesh and a news magazine for allegedly publishing a defamatory article.

Christian Michel, alleged middleman arrested in the chopper scam, failed to get any relief from the courts here. He was extradited from Dubai on December 22 last year.

Another alleged middleman, Rajiv Saxena, one of the accused named in the charge sheet filed by the ED in the Rs 3,600-crore scam and was extradited from Dubai to India on January 31. He was granted bail on February 25 as the ED requested the court to grant him pardon in the scam related case since he agreed to be an approver in the matter.

However, in October, ED approached the court seeking to cancel his bail and revoke the 'approver status', alleging he withheld information.

In May, the CBI withdrew from a Delhi court its application seeking permission to further probe the Rs 64-crore Bofors payoff case.