'Banning cryptocurrencies as currency is not possible,' says Changpeng Zhao of Binance 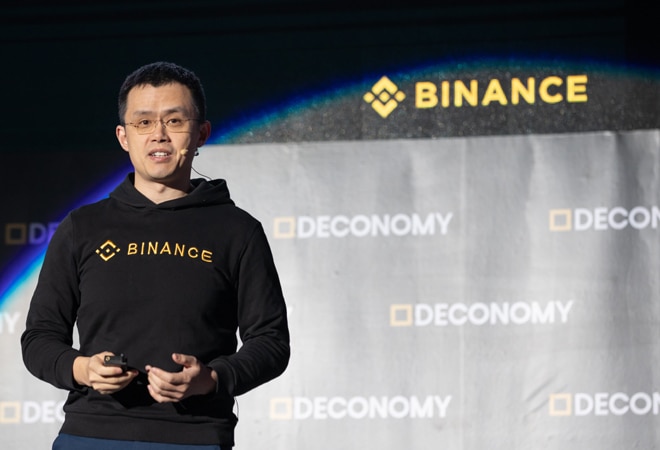 "Theoretically, yes. You can call it an asset, a commodity, a currency or a security. But fundamentally, cryptocurrency does have a value and liquidity. There are hundreds of millions of people around the world who are willing to hold cryptocurrencies. I can send you some bitcoin, you can send it back. You can call it a currency or not, it does not matter," says Zhao. " If there is an agreement, it acts as a medium of exchange," he adds.

ALSO READ: India is set to ban Bitcoin, Dogecoin and other crypto money with move that targets miners and traders

Zhao admits that technically, banning cryptocurrency's use as a currency is not possible unless it is legally forbidden to perform that action. The definitions do not matter, he says.

Bitcoin rallied during the weekend to breach its new high of $ 61,000. We asked Zhao if the most popular cryptocurrency is fairly priced at these levels. He explained with an analogy.

"This is similar to ask if Tesla's stock price is fair. It is very hard to tell. Bitcoin is traded on many different exchanges in the world. It's traded by probably hundreds of millions of users today so, the price is determined by trading. I believe any price is fair," says Zhao.

The crypto bull believes we are still in very early stages. The number of people who can potentially use bitcoin is much larger than number of people using bitcoins today. According to him, right now, bitcoin probably has about 1 per cent penetration in the world.

CZ says looking at the market right now, it seems like there is no stopping for bitcoin. "A hundred-thousand, two-hundred thousand or 1 million US dollars, these numbers do not shock me. Even, 10 million dollars does not shock me," says CZ. But whether we can get there or not, I am not sure, no one can predict it, he adds.

Zhao does not believe there's a lot of risk. He says cryptocurrencies can be used for good as well as bad purposes. "If people use US dollars to commit some crime, it does not make US dollars illegal. There's nothing bad about US dollars. Bitcoin is a better currency on many different fronts," says Zhao.

In fact, he thinks, limiting country's citizens' ability to hold cryptocurrency is almost the same or probably worse than limiting citizens to use internet or mobile phone. He says, "that will be devastating for the economy. Not allowing crypto has much higher risks for economic development for countries, government and citizens in those countries."

Apart from the fear of funding illicit activities, the government worries that Bitcoin and other cryptocurrencies might hurt Rupee. But is banning crypto the right thing to do? Zhao opines to make current Fiat currency more competitive.

"It's like banning all cars to protect your horse wagon. You should instead make horse wagon run faster, cheaper and better, and if you can't then you should allow your citizens to use a better tool," says, CZ.

"The best way to mitigate risk of crypto in any country is to make the traditional financial sectors, banks operate at a much high efficiency, lower fees, better service and more freedom," he adds.

Among the biggest economies, Japan, in 2017, recognised Bitcoin as a legal tender. US has crypto exchanges running for IPOs. It's different from a few years ago when only a few island countries were accepting crypto.

Govt may upgrade eligibility criteria for automakers under PLI scheme