Bharat Bandh today: What will remain open, what closed 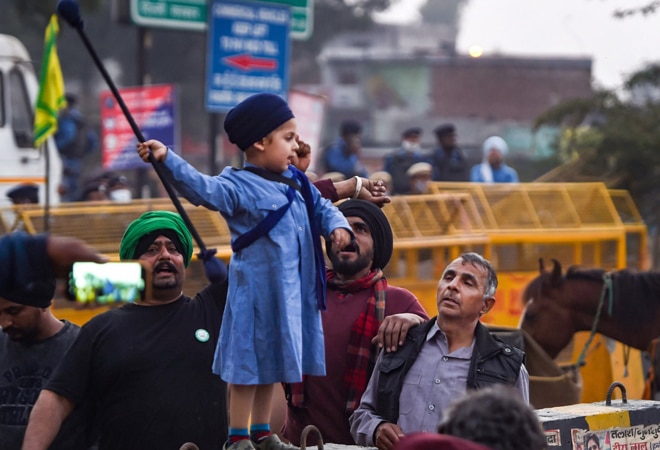 A nationwide strike called by agitated farmers is taking place on Tuesday in order to press for the repeal of the Centre's three contentious agricultural laws. The farmers' Bharat Bandh announcement has received support from almost all opposition parties and several trade unions. The Congress, Nationalist Congress Party (NCP), Trinamool Congress, DMK and its allies, TRS, RJD, Aam Aadmi Party, Samajwadi Party and the Left are among the political parties that are backing the strike.

Appealing to everyone to join the "symbolic" bandh, farmer leaders said they will block key roads during their 'chakka jam' protest from 11 AM to 3 PM. Farmer leader Rakesh Tikait said, "It is a four-hour symbolic bandh for an ideological cause. We want that there should be no problem to the common people. We appeal to them not to travel during this period".  Farmers said that services such as ambulance, even weddings, can go on as usual.

Here's what will remain closed today:

4. Mandis: In Delhi, work at major wholesale vegetable and fruit markets is likely to be hampered with a section of traders favouring the farmers' demands.

5. Railway unions: Two of the biggest unions in the Railways -- AIRF and NFIR have extended their support to the bandh and are planning to hold rallies and demonstrations in their support. The All India Railwaymen's Federation has around 9 lakh members.

6. Delhi, Haryana, and Punjab borders: It is likely that there will be a closure of Singhu, Auchandi, Piao Maniyari, Mangesh borders, Tikri and Jharoda borders. The National Highway-44 (NH-44) might also remain close on both sides. The Ghazipur border on NH-24 is would remain close for traffic from Gaziabad to Delhi.

7. Restaurants: Hotel and Restaurant Association of Punjab has announced that it will shut down all hotels, restaurants, resorts, and bars in the state.

What will remain open:

1. Banks: The farmers' strike will not impact banks in the country. Bank unions said they will not participate in the Bharat Bandh although they have they expressed solidarity with farmers. All India Bank Officers' Confederation (AIBOC) General Secretary Soumya Datta said the union has expressed its solidarity with farmers but will not be participating in the Bharat Bandh called by them.

Similarly, All India Bank Employees' Association (AIBEA) General Secretary C H Venkatachalam said union members would wear black badges while on duty, stage protest after or before working hours and display placards before bank branches to support the cause of farmers of the country, but banking operations will not be hit.

2. Auto rickshaw services: Additionally, not all cab services will remain suspended. A few auto and taxi unions have decided to continue normal services despite their support to the demands of the agitating farmers. Rajender Soni, general secretary of Delhi Auto Rickshaw Sangh, and the Delhi Pradesh Taxi Union said "important" auto, taxi and last-mile vehicle driver unions will not join the strike.

3.Wedding programmes and emergency services: Emergency vehicles, ambulance and hospital services will remain unaffected. Additionally, farmers have said that their Bandh will not affect any wedding procession and other related functions.

For the last 13 days, farmers are protesting at the Delhi border to put pressure on Centre to repeal the three farm laws -- Farmers' Produce Trade and Commerce (Promotion and Facilitation) Act, 2020, the Farmers (Empowerment and Protection) Agreement on Price Assurance and Farm Services Act, 2020, and the Essential Commodities (Amendment) Act, 2020. The farmer community has expressed apprehension that the new laws are "anti-farmer", and would pave the way for the dismantling of the minimum support price system, leaving them at the "mercy" of big corporations.

So far, five rounds of the meetings have happened between the Centre and the farmers' unions. However, the farmers said that the government has not made any "constructive proposals", and are demanding a "yes or no" on withdrawal of the laws. The sixth round of talks between the government and the protesting farmers is scheduled to take place on Wednesday.