In their divorce petition, the couple asked the court to divide their communal property, business interests and liabilities as set forth in their separation contract. 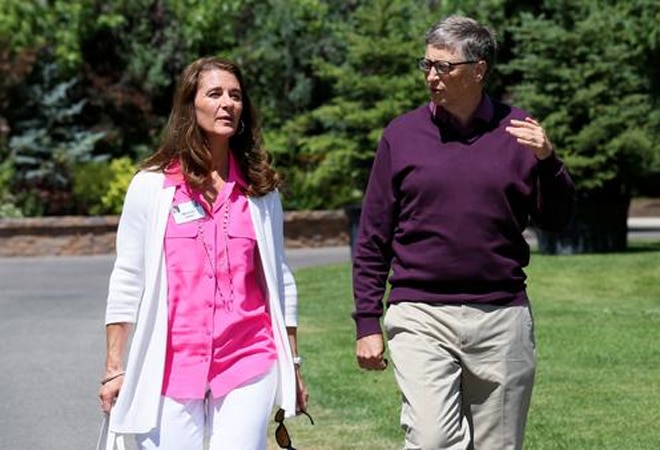 In their joint statement, the couple said they will continue their work together at the foundation.

After 27 years of their marriage, Bill Gates and Melinda Gates filed for a divorce on Monday, saying in a court filing that "this marriage is irretrievably broken".

The billionaire benefactors who are co-founders of one of the world's largest private charitable foundations, the Bill and Melinda Gates Foundation, said they have come to an agreement on how to split their assets. In their divorce petition, the couple asked the court to divide their communal property, business interests and liabilities as set forth in their separation contract, which was not made public.

As per Forbes, the Microsoft co-founder is fourth on the list of the world's richest individuals with a net worth of $130.5 billion. However, the net worth of Melinda Gates, who founded Pivotal Ventures, an investment company focused on women and families in 2015, is not clear. She has also authored a book.

Besides, the Bill and Melinda Gates Foundation had net assets of $43.3 billion at the end of 2019. Last year, the foundation said it would spend $300 million on treatment, detection and vaccines to fight the coronavirus pandemic.

From 1994 through 2018, the couple gifted more than $36 billion to the Seattle-based foundation. The division of their assets may also have an impact on how they continue with their philanthropic work. In their joint statement, the couple said they will continue their work together at the foundation.

In a separate statement, the Gates Foundation said the couple would remain as co-chairs and trustees of the organisation.

The split, which comes two years after the divorce of Amazon.com Inc founder Jeff Bezos, another leading Seattle-based billionaire and philanthropist, with his the then wife MacKenzie, will be closely watched, especially on how the couple settles their estate and any impact on the foundation.

MacKenzie Scott remarried after her divorce from Bezos and now focuses on her own philanthropy after receiving a 4 per cent stake in Amazon, worth more than $36 billion. In December, Scott said she had donated over $4.1 billion in the four previous months to food banks and emergency relief funds amid the COVID-19 pandemic.