CAG report on Rafale deal: Still enough ammunition for Congress to use against Modi govt

The CAG report over the Rafale deal has vindicated the Modi government, but the political brouhaha over the matter could be far from over. 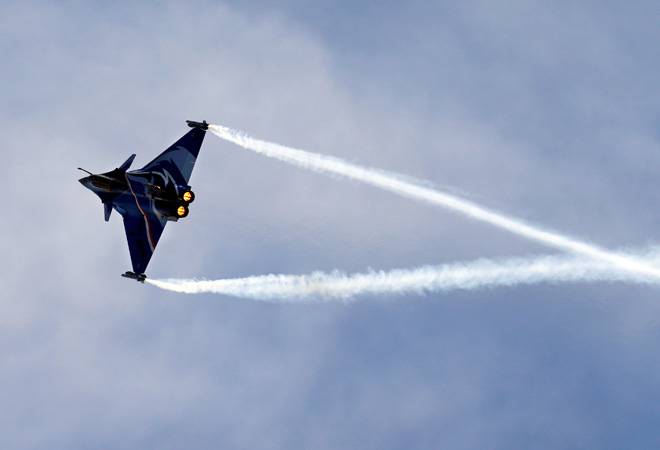 CAG report on Rafale deal reveals a few points of contention on closer inspection, which coiud be enough to fuel the political drama over it in near future.

The pivotal report by Comptroller and Auditor General of India over the Rafale aircraft deal was finally tabled before the Parliament on Wednesday. As per the audit report, the deal negotiated by the incumbent NDA government to procure 36 Rafale jets was 2.86 per cent cheaper than the agreement for 126 planes made by the preceding UPA government. The bone of contention was higher cost of deal negotiated by the Modi government despite bringing down the number of jets.

Careful observation of the CAG report reveals the differences in ways NDA and UPA regimes reached the prices in their negotiations. Not only did the number of jets were decreased, several aspects of the earlier deal were omitted in the Inter Government Agreement of 2015, which has been put under the lens in the latest CAG report.

Even now, as the government is bashing the Opposition for harbouring reservations over the Rafale deal, here are the aspects of the report that the latter might use to continue its attack against the former:

No accounting for cost of bank guarantees

The cost of the Inter Government Agreement of 2015 excludes bank guarantees that were accounted for in earlier negotiations. Also, the Opposition could explore the dissent note of three members of the negotiation team raising this issue.

The offer of Dassault Aviaiton in 2007 had included 15 per cent bank guarantee against advance payments. Out of this, aspects of performance, guarantee and warranty were allocated 5 per cent each.

"A Bank Guarantee gets directly and automatically invoked in case of breach of contract by the seller. In the 2015 offer the French vendor did not furnish any Financial and Performance Bank Guarantees," the CAG report stated.

The Ministry of Law had even insisted on government/sovereign guarantee should be requested since around 60 per cent of advance payments were to be made to the French vendors. The Cabinet Committee on Security headed by Prime Minister Narendra Modi decided to override the Ministry of Law on the subject.

ALSO READ:CAG report on Rafale deal: The difficulty in comparing prices under Modi govt and the UPA

"The Government of France and Vendor neither agreed to furnish the bank guarantees nor Government/Sovereign guarantee. Instead it provided a 'Letter of Comfort' signed by the French Prime Minister in lieu of the Bank Guarantee," the CAG report said.

Deal not 9 per cent cheaper, no transfer of technology

During the course of debate, the Modi government had maintained that the price of the deal it has negotiated was 9 per cent cheaper than what the UPA could manage in its time. The CAG report, however, puts the difference at a mere 2.86 per cent, less than one-third of what the NDA government has been quoting so far.

"The price offer of 2007 had two distinct packages - pricing for 18 Flyaway Aircraft Package and pricing for ToT (Transfer of Technology) package of 108 aircraft which were to be license produced in India. The offer of 2015, on the other hand was only for 36 flyaway fighter aircraft," the CAG report said.

The Opposition could still argue that the earlier price included transfer of technology as a distinct package, which is not part of the Inter Government Agreement signed during Modi government.

The Modi government had contended that India Specific Enhancements (ISE) made to the 36 Rafale jets had led to the rise in costs, the necessity of which was appraised in the CAG report. In the report, the CAG stated that the 2007 offer included missiles which were excluded by IAF in 2015, citing reasons that they were being indigenously developed by Defence Research and Development Organisation (DRDO).

While negotiating for 36 aircraft in 2015, the Indian Negotiation Team headed by the Deputy Chief of Air Staff (DCAS) proposed to further reduce the number of India specific enhancements to avoid huge costs. But Dassault Aviation stated that since its price was a total package, the matter would have to be taken up with the French government.

"In August 2016 before submission of the note to the approval of the CCS, DCAS intimated Ministry that ISE scope could be reduced by postponing six enhancements, which could be included if more Rafale aircraft were procured in future. However, this proposal was not accepted by Ministry of Defence," CAG stated.

The Ministry in its response to CAG stated that cutting down on India specific enhancements was not considered as it was only a temporary deferment only for cost reduction measure.

technical and staff evaluations. The cost of these four enhancements items was about 14 per cent of the ISE contracted cost," the CAG report said.