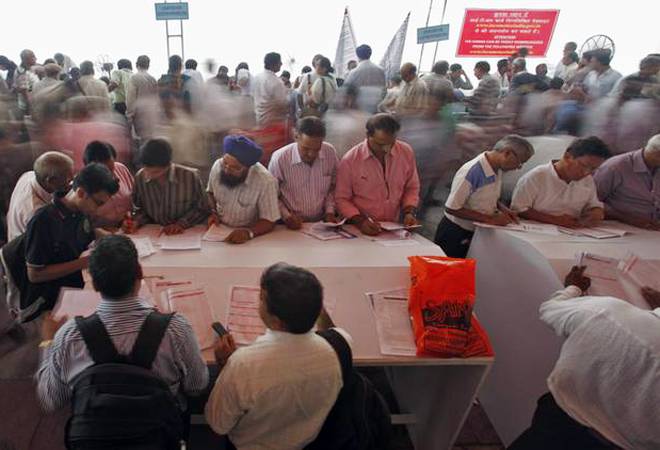 Last June, the Modi government had decided to increase the threshold on monetary limits for filing appeals. The objective was to reduce the number of pending tax litigations at different levels. With Rs 7.6 lakh crore stuck in tax litigations, as of March 2017, the move was expected to lead to 41% reductions in income tax cases and 18% reduction in indirect tax cases.

However, nearly 23% of the 8,300 appeals in high courts and 22.8% of 7,785 appeals at the Income Tax Appellate Tribunal (ITAT) are yet to be withdrawn by tax officials, The Economic Times reported. So the Central Board of Direct Taxes (CBDT) has now cracked the whip on expediting the process.

"The entire exercise of withdrawal of appeals must conclude by January end," Neena Kumar, member of CBDT, said in a January 15 letter sent to principal commissioners all over the country. The letter reportedly stated that data received hitherto showed substantial scope for withdrawal of identified appeals. "Kindly ensure that immediate efforts are made to arrange personal meetings with senior officials of registry of Income Tax Appellate Tribunal and High Court so that appeal withdrawal process is completed quickly," Kumar added.

Also read: CBDT lashes out at reports of high-handedness in TDS default notices; shows the mirror to defaulters

The following month, the CBDT had issued another circular stating that the pending appeals or special leave petitions (SLPs) should be withdrawn "on priority" to enable the department to focus on high value litigations. The circular had also instructed the Principal Chief Commissioner of Income Tax to "personally ensure that the exercise of withdrawing/not pressing such appeals is concluded latest by August 20, 2018". But clearly the deadline was not met.

"The CBDT order highlights the government resolve to cut down on litigation by effective monitoring of their earlier circular," Amit Maheshwari, partner at CA firm Ashok Maheshwary & Associates LLP, told the daily. "This will enable the tax department to channelise their energies to high value litigations."