According to the Manual Scavenging Act 2013, employing or engaging people to manually clean drains, sewer tanks, septic tanks is a punishable offence. However, the problem of manual scavenging is still persisting in urban areas 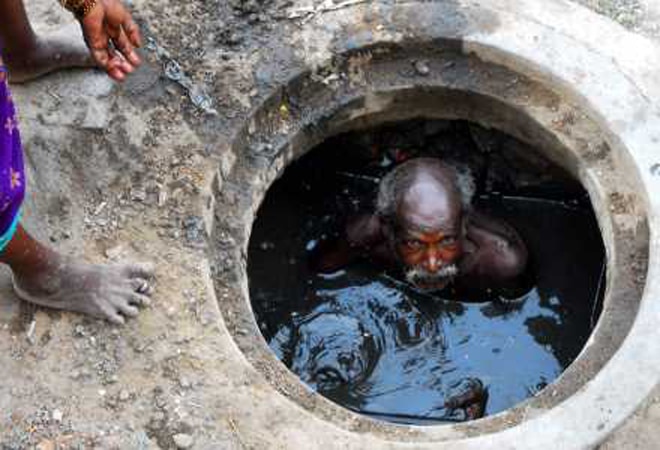 The Central Government is planning to amend the Manual Scavenging Act in order to make mechanised cleaning of sewers and septic mandatory.  The Centre will also seek to replace the word "manhole" with "machine-hole" in all official usage and is planning to set up a 24x7 national helpline for reporting violations.

It aims to completely eliminate the practice of manual scavenging in the country by August 2021, according to senior officials within the government, reports Indian Express.

As part of this effort to eliminate manual scavenging, the Centre launched a "challenge" on Thursday for all states. The challenge is to make sewer-cleaning mechanised by April 2021. The Centre stated that in emergency cases if any human is to enter sewers they must wear proper gear and oxygen which are to be provided by the administration.

The challenge has a prize pool worth Rs 52 crore divided into various categories. Durga Shanker Mishra, Secretary, Ministry of Housing and Urban Affairs, said about the challenge,  "The actual on-ground assessment of participating cities will be conducted in May 2021 by an independent agency and results will be declared on August 15, 2021".

Officials have stated that 243 cities are currently eligible for participation in the challenge. These cities will be further split into three groups based on population:

Mishra also said that the government has directed that the word "manhole" is not be used anymore and "only machine-hole is to be used from now on". Ministry of Housing and Urban Affairs is working with MTNL in order to establish a national 24x7 helpline number where cases of manual scavenging can be reported.

According to the Manual Scavenging Act 2013, employing or engaging people to manually clean drains, sewer tanks, septic tanks is a punishable offence. However, the problem of manual scavenging is still persisting in urban areas, according to the Ministry of Social Justice and Empowerment.

R Subrahmanyam, Secretary, Ministry of Social Justice and Empowerment, said "The amendment in the law will make mechanised cleaning mandatory. It should not be optional, some municipalities like Hyderabad, etc, have done wonderful work in mechanising the system. But it should not be a best practice, it has to be the only practice".

According to official government records, manual scavenging has led to 376 deaths in the last five years. Last year witnessed 110 deaths from manual scavenging, a jump of 61 per cent from 2018.