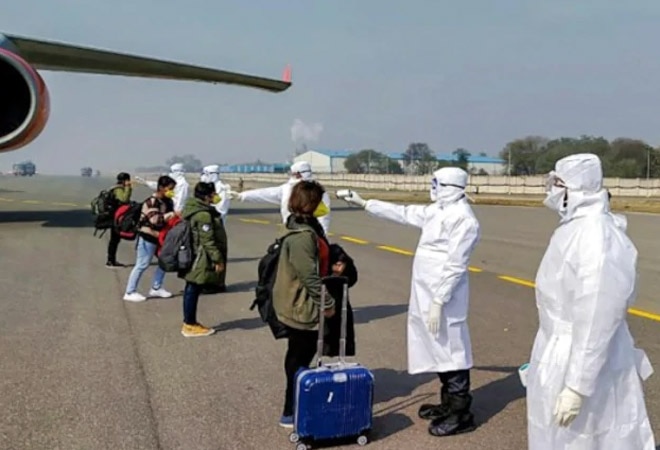 China on Thursday, November 5, announced that it has temporarily barred the entry of foreign nationals living in India into the country.

The order will be applicable to all foreign nationals in India holding valid Chinese visas or residence permits. China has additionally suspended all special flight operations from India, banning non-Chinese flyers from returning to the country in the wake of rising coronavirus cases on last week's Vande Bharat Mission (VBM) flights.

Although commercial flights between India and China have not restarted yet, national carrier Air India has been running special rescue flight operations under the VBM to several Chinese cities.

"The Chinese Embassy/Consulates in India will not stamp the Health Declaration Forms for the holders of the above-mentioned categories of visa or residence permits," China's Foreign Ministry said in a statement.

"Foreigners holding Chinese diplomatic, service, courtesy and C visas are not affected. Foreigners with emergency or humanitarian needs to visit China, can submit visa application to the Chinese Embassy/ Consulates in India. The entry into China with visas issued after November 3, 2020 is not affected," the statement further added.

Chinese Foreign Ministry also stated that the suspension is a stopgap arrangement to tackle the ongoing coronavirus pandemic.

"China will make further adjustments and announcements in accordance with the ongoing pandemic situation in a timely manner," the statement said.

The country has also asked travellers from the US, France, and Germany to furnish the results of additional health tests upon their entry to China.

As regards to Belgium, Britain, and Philippines, China has also (temporarily) suspended entry of non-Chinese nationals travelling from these nations despite them holding valid visas and residence permits, Reuters reported.