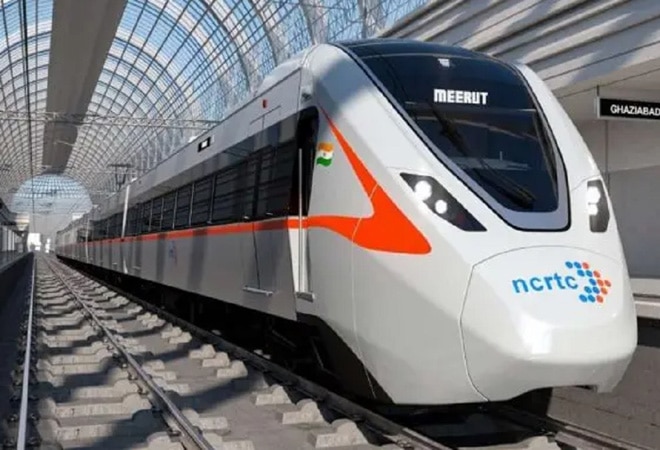 In September last year, the Union housing and urban affairs ministry had unveiled the first look of the RRTS train

A Chinese firm has bagged the contract to develop a 5.6-kilometer underground tunnel on one of the stretches of the Delhi-Meerut Regional Rapid Rail Transit System (RRTS) project.

The NCRTC said, "Approvals have to be taken at various levels for bids that are funded by multilateral agencies. This bid was also awarded following the set procedure and guidelines".

The NCRTC further informed that all tenders of the 82-km-long Delhi-Ghaziabad-Meerut corridor have been awarded and the construction is going on in full swing to commission the project in time.

The Asian Development Bank (ADB) is funding the Delhi-Ghaziabad-Meerut RRTS corridor. Besides, the procurement is governed by the guidelines of the bank and the government. According to the ADB's procurement guidelines, vendors from all member countries of the bank are eligible to participate in the bidding process without any discrimination.

The NCRTC had invited bids for the construction of the tunnel from New Ashok Nagar to Sahibabad of Delhi-Ghaziabad-Meerut RRTS corridor on November 9, 2019. Five companies submitted technical bids and all five of them qualified in the technical bid evaluation.

Of the five firms, Shanghai Tunnel Engineering Company Limited emerged as the lowest bidder for the tender after qualifying on all the parameters, and the contract was awarded to it.

In September last year, the Union housing and urban affairs ministry had unveiled the first look of the RRTS train. The design of the train is inspired by Delhi's iconic Lotus Temple. It can attain a top speed of 180 kilometres per hour on the Delhi-Ghaziabad-Meerut corridor. According to the ministry, the aerodynamic RRTS trains will be lightweight and fully air-conditioned.

According to the officials, the time to commute from Delhi to Meerut will be reduced to less than an hour from the current three-four hours by road.