The decision was taken after a railway station in Dibrugarh's Chabua, the hometown of the Assam chief minister, was set on fire by protestors late Wednesday night 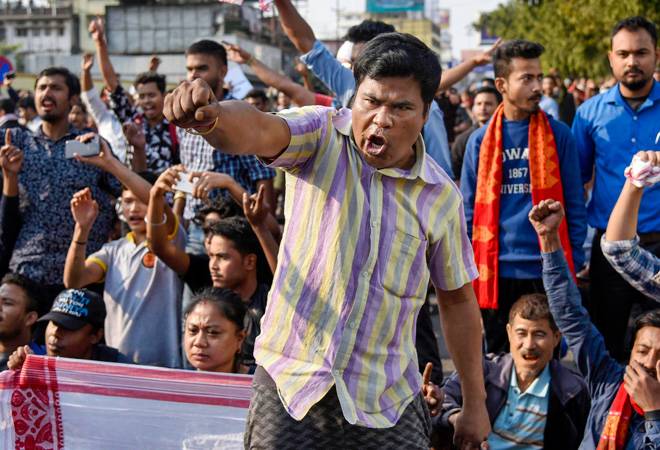 The Indian Railways has suspended all local train services in Tripura and Assam and short-terminated long-distance trains in Guwahati following protests in the two states after the Citizenship Amendment Bill (CAB) was passed in Parliament on Wednesday.

In view of the security situation, Railways has cancelled train services in the region, Northeast Frontier Railway spokesperson Subhanan Chanda told news agency PTI. He said that all long-distance trains going from Guwahati towards Dibrugarh had been cancelled till the situation would become normal, adding that many passengers were stranded in Kamakhya and Guwahati.

The decision was taken after a railway station in Dibrugarh's Chabua, the hometown of the Assam chief minister, was set on fire by protestors late Wednesday night. The Panitola railway station in Tinsukia district was also torched, said Subhanan Chanda. To control the situation, 12 companies of the Railway Protection Special Force (RPSF) has been dispatched to the region, DG of RPF Arun Kumar told the news agency.

Assam has been on the boil ever since the passing of Citizenship Amendment Bill, which seeks to provide Indian citizenship to non-Muslim migrants from Pakistan, Bangladesh and Afghanistan. The bill was cleared in the Lok Sabha on Monday and the Rajya Sabha on Wednesday.

The government has imposed indefinite curfew in some areas and mobile internet has been shut down in 10 districts. The curfew was imposed in Assam's Guwahati on Wednesday evening and has been extended till indefinite period.

Meanwhile, the government has also cancelled some flights to and from Assam sector amid the growing protests in the region. Flights to Guwahati, Dibrugarh and Jorhat are being cancelled and the airlines are offering fee waiver for bookings till December 13.

"Nine flights at Dibrugarh have been cancelled because there are no taxis and some passengers who arrived yesterday are still stranded," Sanjeev Jindal, regional executive director, Northeast, Airport Authority of India reportedly said.

Fine on Nestle India: FMCG giant defends itself, says GST benefits were passed on to consumers