A statement by the company mentioned that this deal will give Coca-Cola a strong coffee platform across parts of Europe, Asia Pacific, the Middle East and Africa. 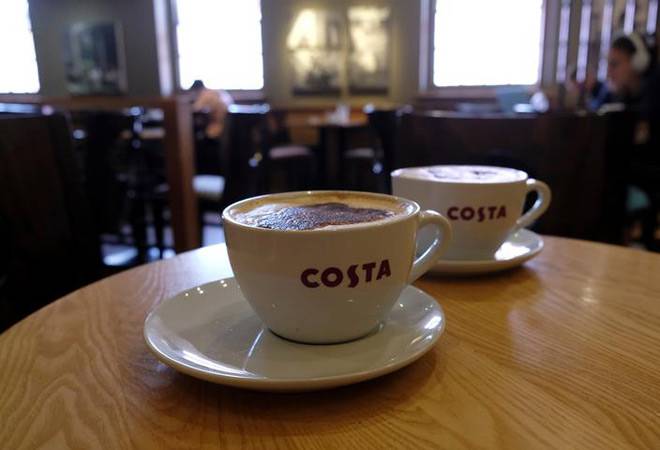 Coca-Cola is buying UK coffee chain Costa Coffee for $5.1 billion from drinks and hotels company, Whitbread. Whitbread acquired Costa Coffee in 1995 and is now planning to use the proceeds from the Coca-Cola deal to expand its Premier Inn brand of hotels. Coca-Cola CEO James Quincy said, "Hot beverages are one of the few segments of the total beverage landscape where Coca-Cola does not have a global brand. Costa gives us access to this market with a strong coffee platform," as mentioned in a report in CNN Money.

A statement by the company mentioned that this deal will give Coca-Cola "a strong coffee platform across parts of Europe, Asia Pacific, the Middle East and Africa, with the opportunity for additional expansion."

Quincy also said that this is a "coffee strategy, not a retail strategy". According to multiple reports, other companies are also investing in the coffee segment. For instance, Nestle and Starbucks agreed to a $7.2 billion global coffee alliance. JAB Holdings' coffee brand Keurig also joined forces with Dr Pepper Snapple.

The Coca-Cola - Costa Coffee deal comes as part of former's efforts to reposition itself as a total beverage company.

With Coca-Cola stepping in, Costa Coffee is in direct competition with coffee giant Starbucks. The American coffee giant with 28,000 stores worldwide, has a significant presence in Asia, China being one of its most important markets. It has around 2,800 stores in China. Costa Coffee that has 3,882 outlets across the world has 452 stores in China, second only to home-ground UK where it has 2,467 outlets.

While both the chains focus on coffee, both have diversified into the food segment as well. The menu and the range of products offered by Costa Coffee and Starbucks are also quite similar.

Moreover, Coca-Cola's deal comes at a time when Starbucks is facing saturation at its home turf and is looking for global markets to expand. There are Starbucks outlets in every neighbourhood corner, which are taking away sales from each other.