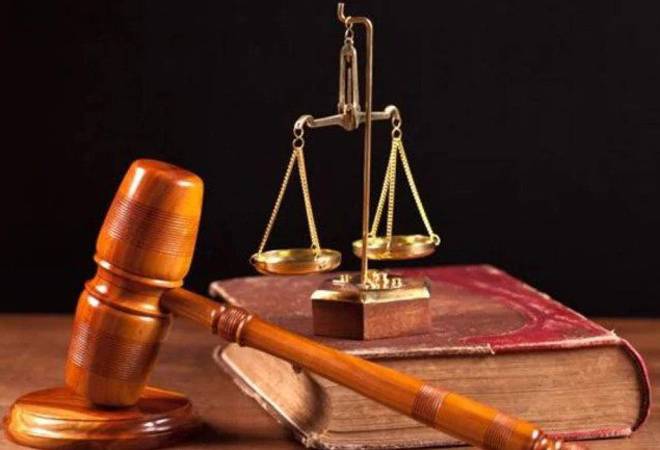 In terms of cartel enforcement, the leniency regime continues to be an attractive arsenal for the CCI

The year 2019 witnessed significant developments in India's competition law regime. The Competition Commission of India (CCI) completed a decade since the enforcement provisions of the Competition Act, 2002 (Act) were implemented in 2009.

The year 2020 began with the CCI publishing its report on the 'Market Study on E-commerce in India', which captures the key market trends and features of e-commerce, core competition issues, observations and findings. This report has far-reaching implications for e-commerce entities in India as it lays down the approach that would be adopted by the CCI in assessing the conduct in this sphere.

While the CCI found that many of these practices may have to be analysed under the Act on a case-to-case basis, it observed that, inter alia, bargaining power imbalance and information asymmetry between e-commerce marketplace platforms and their users form the core of several issues faced by the stakeholders.

The report recommends that marketplace platforms should adopt self-regulatory measures for search rankings, collection, use and sharing of data, user review and rating mechanism, revision of contract terms and discount policies. E-commerce players in India should have internal mechanisms in place to enable transparency over rankings, data and review and rating mechanisms, to address the core issues identified by the CCI. The approach adopted by the CCI in assessing e-commerce players tilts towards self-correction, as opposed to over-regulating this dynamic market at a nascent stage in India.

2019 also witnessed the CCI undertaking investigations against the alleged anti-competitive practices of technology and internet-based companies. Online travel agencies such as Makemytrip and Oyo, are being investigated for allegedly imposing vertical restrictions and abuse of dominance by denying market access, predatory pricing, etc.

Intel's conduct for its alleged unfair and discriminatory provisions in its warranty policy for boxed micro-processors is also being scrutinised by the CCI.

The national company law appellate tribunal (NCLAT) affirmed the special responsibility of a dominant entity and held that such an entity cannot protect its commercial interests, at the cost of the competition.

The sports sector in India has been subject to anti-trust scrutiny from the CCI, for anti-competitive practices, leading to several course corrections by sporting bodies, consistent with practices followed by mature anti-trust regulators.

The CCI as a part of its advocacy initiatives also proposes to interact with sports federations in India to foster greater engagement and address competition issues.

The automotive sector has also been subject to investigations across a wide-spectrum of competition law concerns. Maruti Suzuki, for instance, is being investigated for allegedly imposing resale prices on its dealers.

In terms of cartel enforcement, the leniency regime continues to be an attractive arsenal for the CCI. The competition regulator's willingness to grant 100% immunity to enterprises and individuals, who have participated in cartels, has incentivised companies in various sectors, to avail the benefit of reduced penalties.

The CCI in 2019 reviewed approximately 77 short-form fillings and 13 long-form fillings, with most of the big-ticket M&A deals being cleared with remedies. In case of inter-connected transactions, the CCI has abundantly clarified that parties will have to finalise the terms of the inter-connected steps of a composite transaction by way of binding documents prior to seeking CCI's approval.

This demonstrates the continued proactive approach of the CCI in enabling a swifter resolution process of cases emanating from the IBC.

The introduction of the green channel route (combination with no overlaps and complementary activities) for merger fillings has further enabled enterprises to benefit with expedited clearances and deemed approval on meeting the specific requirements.

The introduction of the green channel in August 2019 has enabled companies to receive deemed approvals for technical fillings that do not mandate a competition law scrutiny, with 6 cases having been approved by the CCI to date.

The CCI also proposes to introduce Regulation 5B to the Combination Regulations that will enable parties to acquire shares pursuant to a public bid or stock exchange, thereby consummating the transaction. The acquirer in such a case should not exercise any right with respect to its shareholding and/or influence the target in any manner and will need to file a notification without delay to the CCI.

This move will benefit acquisitions as it seeks to cover those transactions on the stock exchanges. At present, such acquisitions attract penalties for gun-jumping.

2019 was a significant year at a global level, where the European Commission (EC) blocked 3 deals in the steel, rail and copper products sectors. These proposed transactions would have resulted in decreased competition, increased prices, reduced innovation and foreclosure of competitors.

In an interesting move, the competition regulator of Netherlands fined a company for obstruction of the investigation by deleting chat conversations and leaving WhatsApp groups, during a dawn raid.

This case signifies the importance of robust anti-trust compliance programs, especially when undergoing investigation by anti-trust regulators. Any deviance by the company, particularly by the employees, will cause greater damage and attract penalties.

In 2019, the competition and markets authority of the United Kingdom (UK) released an interim report that identified features of online markets that may inhibit entry and expansion and undermine competition.

E-commerce is acquiring a growing share in the economy and the rise of digital platforms with market power raises a host of competition-related concerns. Several jurisdictions have undertaken a detailed study of competition concerns in the digital sector, including Australia, European Commission, Germany, Slovakia, France, Japan, Singapore and Mexico.

In a welcome move, the General Regulations have been amended to require parties filling information under the act to disclose any pending litigation to the CCI. This would enable speedy disposal of cases, prevent forum shopping and overlaps with other sectoral regulators.

The amendments also provide the CCI with the option to reveal the identity of the party filling the information, in the interest of expediency, in cases where confidentiality has been claimed over such identity.

Towards the end of 2019, the CCI also saw the appointment of Justice Sangita Dhingra as a judicial member, in keeping with Delhi High Court's ruling in the Mahindra case that stressed on the requirement of a judicial member while passing the final orders.

The graph of CCI's enforcement has evolved substantially and, in the years to come, we expect that its stance will continue to progress, particularly in emerging areas such as digital markets.

The CCI has fortified its efforts by the way of its memorandum of understanding (MOU) with the government e-marketplace (GeM) portal for effective detection of cartels. The CCI's ability to deftly assess combinations is visible by way of speedier approvals and its nuanced approach to fine-tune India's merger control regime.

Pursuant to the report, e-commerce players in India would do well to implement a framework for adequate transparency and define basic conditions for platform-to-business contracts. In 2020, we also anticipate further streamlining of various substantive and procedural aspects of competition law, based on the CLRC recommendations.

(Soumya Hariharan is a competition law partner at Trilegal. Nandita Sahai and Sakshi Agarwal, Senior Associates at Trilegal contributed to this write-up.)