The FM says those who did not repay despite having the capacity to pay, divert or siphon-off funds, or dispose of secured assets without bank's permission were categorised as "wilful defaulters"; they are those well-connected promoters, who benefitted from UPA's 'phone banking', she alleges 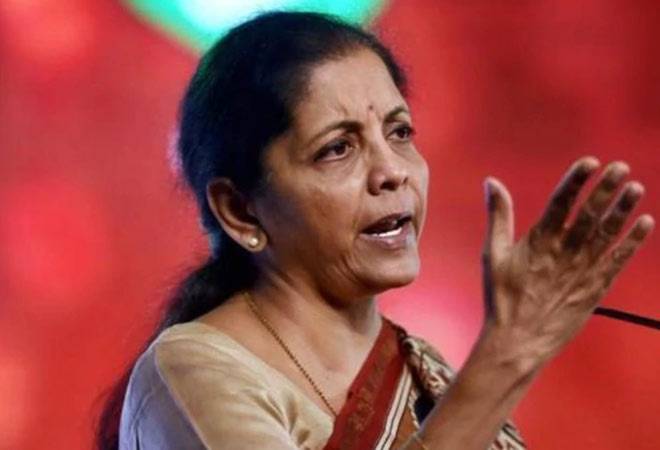 Union Finance Minister Nirmala Sitharaman has slammed Congress party and Rahul Gandhi regarding the wilful defaulters list issue, saying they "attempted to mislead people in a brazen manner". She also accused the Congress of failing to show any commitment or inclination to stop "corruption and cronyism", neither while in power nor in the opposition.

The Finance Minister clarified that provisions were made for NPAs (non-performing assets) as per the four-year provisioning cycle laid down by the Reserve Bank of India. "Upon full provisioning being done, banks write-off the fully provided NPA but continue to pursue recovery against the borrower. No loan is waived off," she explained. She said that those defaulters who did not repay despite having the capacity to pay, divert or siphon-off funds, or dispose of secured assets without bank's permission were categorised as "wilful defaulters". "They are those well-connected promoters, who benefitted from UPA's 'Phone banking'," she alleged.

@INCIndia and Shri.@RahulGandhi should introspect why they fail to play a constructive role in cleaning up the system. Neither while in power, nor while in the opposition has the @INCIndia shown any commitment or inclination to stop corruption & cronyism.

Sitharaman, citing former RBI governor Raghuram Rajan's words, said: "A large number of bad loans originated in the period 2006-2008...Too many loans were made to well-connected promoters who have a history of defaulting on their loans...Public sector bankers continued financing promoters even ...while private sector banks were getting out. RBI could have raised more flags about the quality of lending... RR Rajan. (Source: @IndiaToday Sept 11, 2018, and many other print & electronic media)."

She said from 2015, PSBs were asked by the Centre to check all NPAs that were greater than Rs 50 crore for 'wilful default'. Talking about the actions taken by the Modi government, Sitharaman said in the Nirav Modi case, immovable and movable properties worth more than Rs 2,387 crore were attached or seized (attachment Rs 1,898 crore and seizure Rs 489.75 crore). "This includes foreign attachments of Rs 961.47 crore. Auction of luxury items for Rs 53.45 crore. He is in prison in the UK," she added.

In the Mehul Choksi case, the FM said the attachments worth Rs 1,936.95 crore had been done, including foreign attachment of Rs 67.9 crore and seizures of Rs 597.75 crore. "Red notice issued. Extradition Request sent to Antigua. Hearing for declaration of Mehul Choksi as Fugitive Offender is in progress," she said.

The FM said as many as "9,967 recovery suits, 3,515 FIRs, invoking the Fugitive Amendment Act in cases are on now". The total value of attachment and seizures in the cases of Nirav Modi, Mehul Choksi and Vijay Mallya was Rs 18,332.7 crore, she revealed.

In his reaction, Congress leader Rahul Gandhi on Tuesday said that he had asked the government in Parliament the names of the top 50 bank loan defaulters but the finance minister did not answer his question. Now, the RBI has given out the list which includes Nirav Modi, Mehul Choksi and many of BJP's "friends", he said. On this, the FM said: "Bank-wise details of aggregate funded amount outstanding and amount technically or prudentially written off, pertaining to top 50 wilful defaulters was provided as an annex to the answer to Lok Sabha starred question 305 of Rahul Gandhi on March 16."

The Congress party on Tuesday hit out at the Modi government over the RBI's list of wilful defaulters. As per details provided by the Reserve Bank of India to an RTI query, banks have "technically" written off a whopping Rs 68,607 crore in outstanding loans of top 50 wilful defaulters, including of firms belonging to fugitive economic offenders Mehul Choksi and Vijay Mallya, till September 30, 2019. The Congress party also alleged the government waived loans worth Rs 6.66 lakh crore from 2014 till September 2019.