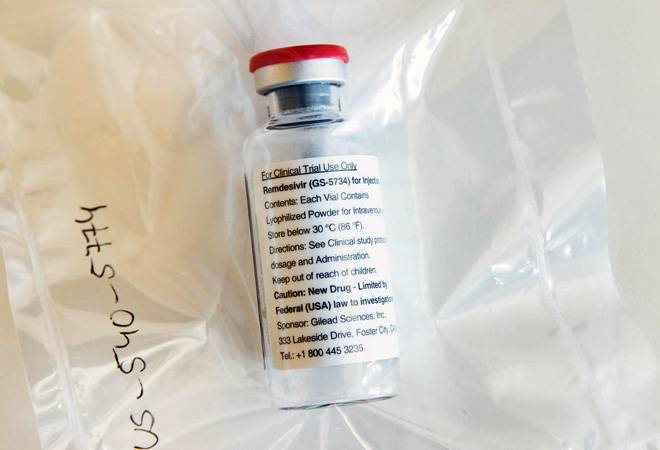 Hyderabad-based drugmaker Hetero has sent its first batch of experimental coronavirus drug Remdesivir to five states including Delhi and Maharashtra. Hetero has the approval to manufacture and market the generic version of Remdesivir. Along with Delhi and Maharashtra, Gujarat, Tamil Nadu and Telangana will receive the first batch of the drug that has been named COVIFOR.

The drugmaker has sent 20,000 vials to these states. A 100-milligram vial of the drug has been priced at Rs 5,400. The recommended dose for adults and pediatric patients is 200 mg on the first day with a follow-up of 100 mg for the next five days.

According to a report in NDTV, the next batch of the drug will be sent to Kolkata, Lucknow, Patna, Indore, Bhopal, Bhubaneshwar, Ranchi, Kochi, Trivandrum, Vijayawada and Goa.

Hetero is aiming to produce one lakh vials of the drug in three-four weeks. While the drug is being manufactured at the company's formulation facility in Hyderabad, the active pharmaceutical ingredient (API) is being made in the company's Visakhapatnam facility.

The company said that the drug will be available only through hospitals and government and not through retail. "Drug will not be given to those with liver disease, kidney failure, pregnant or lactating women, and children below 12 years," MD Vamsi Krishna Bandi told the news site.

Along with Hetero, three Indian companies, including Cipla, Jubilant, and the domestic arm of Mylan, have signed non-exclusive voluntary licencing agreements with Gilead Sciences. The US-based company is the maker of the potential COVID-19 drug Remdesivir. Gilead has signed global partnerships to sell Remdesivir in 127 low-income and lower-middle-income countries. Few upper-middle-and high-income countries facing significant obstacles are also part of these countries.