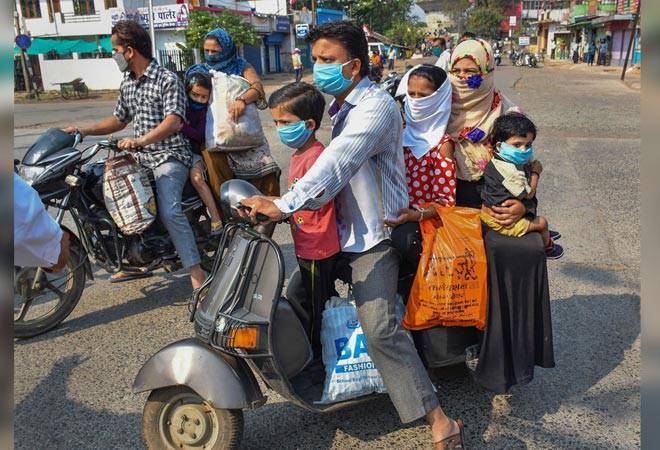 The total number of coronavirus cases in the national capital rose to 2081 on Monday, with 78 fresh cases and two deaths being reported in a day, according to Delhi government authorities.

A committee has been constituted for a daily audit of every fatality due to COVID-19, they said. The death toll from COVID-19 in the national capital stands at 47.

Of the total fatalities reported till date, 25 victims were aged 60 and above, they said. Twelve of them were in the age group of 50-59 and 10 were aged less than 50 years, officials said.

By Sunday night, the number of cases of the deadly virus in the city stood at 2,003, including 45 deaths. Sixty-two COVID-19 tests were conducted here on Monday using the newly acquired rapid anti-bodies diagnostic kits, and all samples came out negative, the officials said.

The city government has acquired 42,000 such kits and after trial runs on Sunday, the first phase of tests were conducted on Monday in a containment zone in Nabi Karim area in central Delhi.

The tests were being administered only in persons showing some sort of symptoms of the coronavirus infection, he said. Two kinds of diagnostic tests are being prescribed in India -- the RT-PCR test and rapid anti-bodies test, as per global health norms.

House-to-house surveillance and sanitisation of areas under containment are being done regularly. Sample collection and testing is also under process. A total of 5,560 samples have been collected from the different containment zones, the Delhi Health Department said in a statement.

According to the Health Department, at least 625 coronavirus patients are admitted to various hospitals like LNJP Hospital, GTB Hospital, RML Hospital, Safdarjung Hospital, Rajiv Gandhi Super Speciality Hospital (RGSSH) and AIIMS Jhajjhar. It said 26 of them are in ICU and six on ventilator support.

The total number of samples sent for testing till date stands at 25,900, the Health Department said. As many as 32,192 people, who came in contact with affected persons, are under home-quarantine and 20,041 have completed their 14-day quarantine, the officials said.

As many as 840 people are lodged at various COVID care centres in the national capital as of now. These centres are meant for cases that have been clinically assigned as mild or very mild or as suspect cases.

"An order has been issued to medical directors, medical superintendents of all Delhi government hospitals to create a media cell, to monitor social media, news media in order to present a correct position before the people," the Health Department said in a statement.

An advisory has been issued to incorporate the services of AYUSH doctors as well as the modalities of AYUSH system for the prevention and health promotion during the COVID pandemic, it added. Lt Governor of Delhi Anil Baijal also reviewed the situation in the national capital during the day.

Coronavirus lockdown 2.0: IT companies to continue work from home for next few weeks